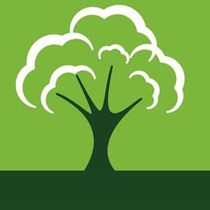 Weʼve raised £2,775 to support workers of a Fair-trade company we partner with whose homes have been devastated by floods in Bangladesh

Leading UK coffin manufacturer JC Atkinson has launched an urgent aid appeal in support of employees of an overseas partner firm whose community has been devastated by severe floods. 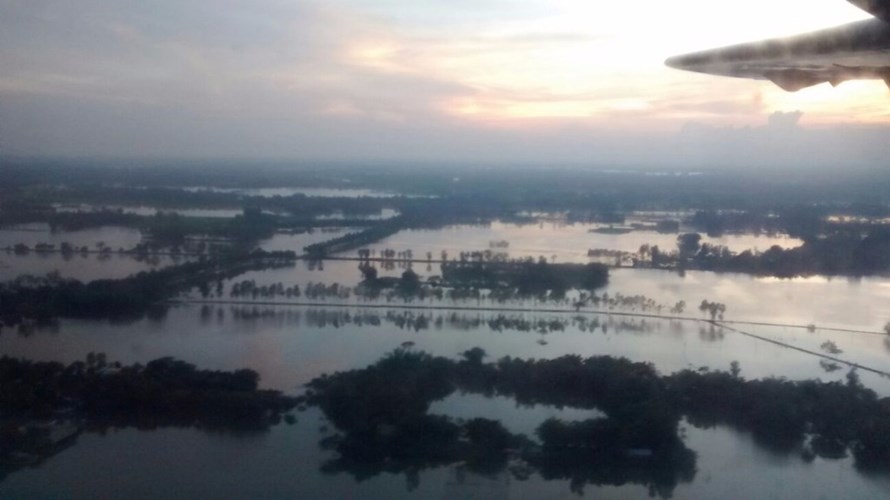 In recent days, staff at Oasis Coffins in Nilphamari District, north west Bangladesh, have seen their homes inundated as a result of unprecedented heavy rains, with many families finding themselves trapped by rising water and precious crops and food stores destroyed.

An estimated 341,000 farmers have been affected by the natural disaster, however, Oasis Coffins factory has remained unscathed, with production continuing as normal due to its location been on higher ground. As a Fair Trade business, Oasis Coffins has a long-term commitment to serving its local staff through much needed employment, skill development, health and adult education initiatives. As a result of this flooding, there is now a need for emergency relief work too. 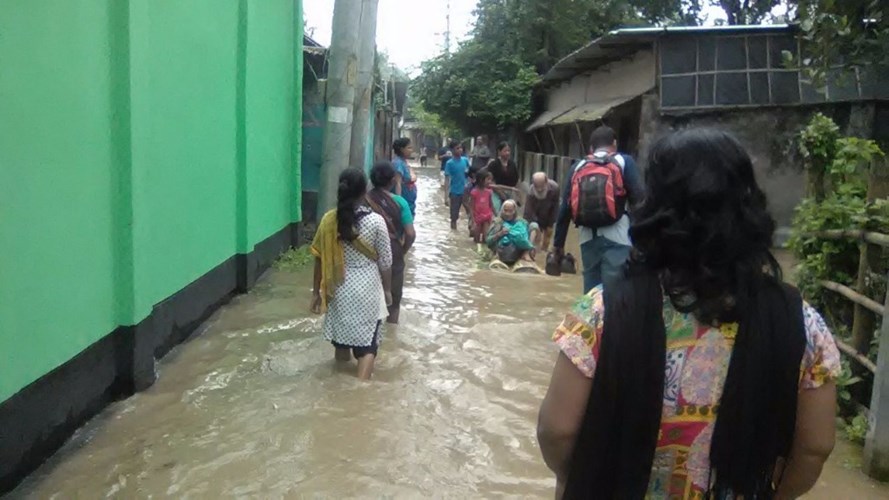 In a gesture of support for its partner, JC Atkinson, which is the UK’s premier producer of environmentally-friendly coffins and caskets, has pledged £5,000 towards the relief effort. Funds will be put towards vital recovery and repair work.

A colleague at Oasis Coffins, Altaf Hossain, said the floods have caused major distress and disruption in his village.

“THE NEARBY RIVER HAD SWOLLEN TO THE POINT OF FLOODING AND THE WATER HAD OVERFLOWED AND GUSHED INTO MY HOME. I QUICKLY EVACUATED MY FAMILY TO A LOCAL SCHOOL WHERE ALL OF MY NEIGHBOURS HAD TAKEN SHELTER,” HE SAID, ADDING: “I TRIED TO SAVE WHATEVER BELONGINGS I COULD. WE LIVED AT THE SCHOOL FOR A WEEK AND THE LIVING ARRANGEMENTS WERE VERY DIFFICULT. I HAVE LOST CROPS, POULTRY AND OUR FAMILY RICE RESERVES WHICH I HAD STORED FOR THE YEAR AND HOUSEHOLD ITEMS THAT I COULD NOT TAKE WITH ME WHILE EVACUATING. THIS IS THE FIRST TIME THAT I HAVE EXPERIENCED THIS KIND OF FLOODING.” 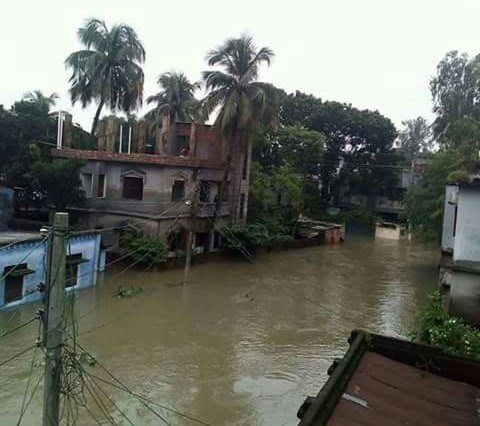 Another colleague, Shilpa Rani, said: “The situation was very difficult as we have no clean water for drinking, washing or cooking. On top of this, the crops we grow on rented land have been destroyed. We have never seen flooding like this before.”

Julian Atkinson, Managing Director, of JC Atkinson, appealed to business contacts in the UK funeral profession to support the campaign.

He said: “Sadly we often see devastation of the kind in Bangladesh on our TV screens but it really hits home when people we know are affected. The situation is absolutely heartbreaking and we’re keen to do what we can to assist this wonderful community, with whom we work so closely.

Any donation people can give will be gratefully received and put to very good use, helping to repair homes and infrastructure.

“Please do get behind this appeal and let’s show our friends and colleagues in the UK funeral profession at its very best.”

JC Atkinson is a family-run business with three generations making coffins since 1936.  From its humble roots servicing local collieries in the 1930s and 40s it has grown to become the UK's leading independent manufacturer of environmentally sustainable coffins and caskets.