Deaf people are the most marginalised group of people in Sierra Leone. Before Ebert Kakua School for Deaf Children was setup, there was hardly any provision for deaf children in this part of the world. The school was set up by two missionaries for the United Methodist Church - Patricia and Walters Ebert - as they visited Sierra Leone. After initial fundraising the school was built and opened Ebert Kakua School for Deaf children in Bo, in 2003.

The school is now run by Rev. Sylvester Bob Deen, who was born in Kakua Chiefdom in eastern Sierra Leone. We have a connection with Sylvester through Moussa Conteh, who was also from Kakua. Moussa worked for Christian Aid in Sierra Leone and England and became an MP on his return to Sierra Leone in 2001. He spent his life trying to make the world a better place, and died in 2009. Moussa and Sylvester worked together on many projects in Bo and in Kakua between 2001 and 2009.

We have visited the School for the deaf several times, most recently in 2017, when these pictures were taken. 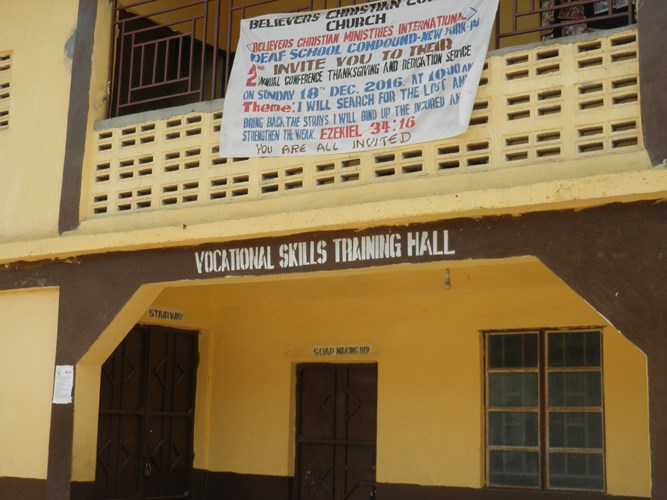 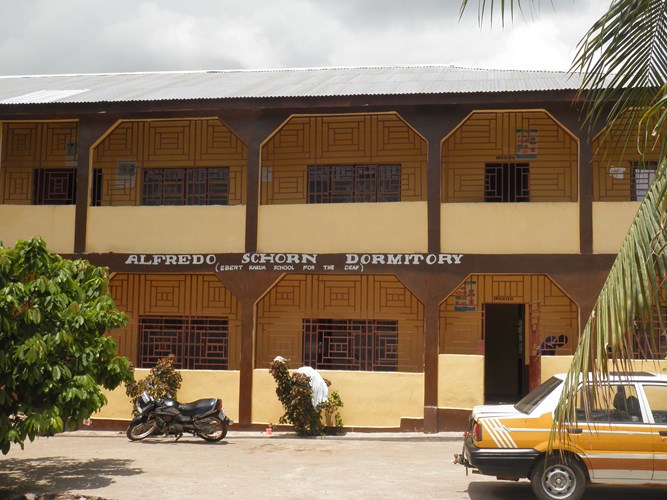 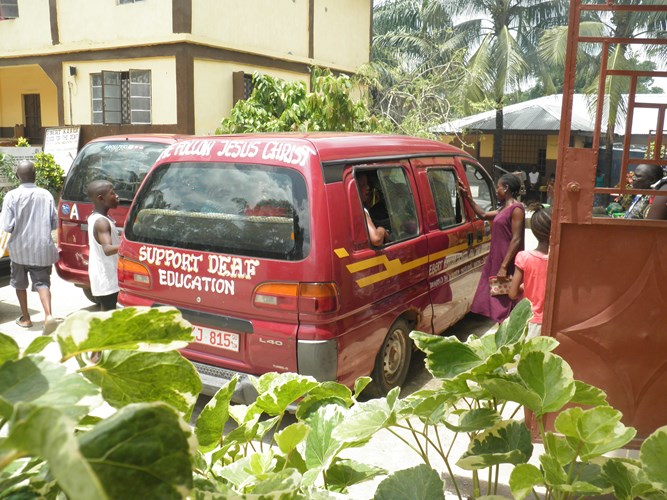