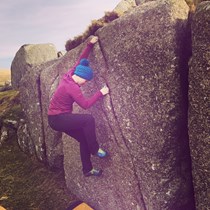 Elizabeth is a beautiful woman & mother who has suffered terrible amounts this year. Whilst finding the love of her life, becoming engaged & then falling pregnant with their precious son; only a few months into their pregnancy Elizabeth found Demetri had an illness which meant he may not make it to 39 weeks. In the November she lost her fiancé Jay, he died suddenly. Then, during January Demetri was pronounced dead, still in Liz's womb, she then had to give birth to her beautiful sleeping Angel.

I am in the Royal Navy, were in 2014-2015 I was deployed to West Africa in aid of the Ebola out break; and have been friends with Liz since we were eleven years of age, were we have supported each other through some difficult times.