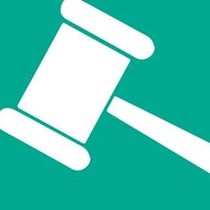 The Myanmar state is orchestrating a humanitarian catastrophe. Some 1.1 million Rohingya have fled to Bangladesh for fear of losing their lives. They’ve been described as the world ’s most persecuted minority, subjected to crimes against humanity. Now it’s time for justice.

Justice for Rohingya Minority is a diverse group of lawyers, jurists, academics, campaigners, professionals, and community leaders joining forces in a legal campaign for the prosecution of those responsible for crimes against humanity in Myanmar’s Rakhine State.

1. To lobby with states and non-state entities, and other international organisations on behalf of Rohingya refugees and other forcibly displaced citizens of Myanmar to conduct investigation into crimes against humanity, genocide, war crimes and other crimes committed by the Myanmar authorities and/or other persons or entities against the Rohingya and other Myanmar minorities.

2. To collect evidence relating to the commission of genocide, crimes against humanity, war crimes and other crimes under local and international law committed by the Myanmar authorities.

3. To raise awareness in various national and international forums regarding the plight of the Rohingya and other citizens of Myanmar who are being and/or have been persecuted by the authorities in Myanmar.

4. To take effective measures to prosecute the perpetrators of crimes against humanity, genocide, war crimes and other crimes under local and international laws committed by Myanmar authorities and/or other persons or entities against the Rohingya and other citizens of Myanmar.

6. To take effective measures to compel the Myanmar authorities to repatriate and rehabilitate the forcefully expelled Rohingya in their original hearths and homes with full citizenship rights.

7. To carry out such other activities as may be necessary to achieve the objectives mentioned herein above.

http://www.jfrm.org.uk Justice for Rohingya Minority (JFRM) is an independent, non-partisan, London-based legal campaign that works to exhaust all avenues to prosecute perpetrators of crimes against humanity in the Rakhine state of Myanmar.