Weʼve raised £465 to buy a bench in memory of John Keefe, Tommy Power and Bob Charlton

The North East running community has helped us surpass our target of £500. Massive thanks to everyone who donated, both online and in person. We have now closed the page for donations and will be making an announcement ahead of the bench unveiling in late summer. Please follow Jarrow and Hebburn AC on social media for the latest club news. 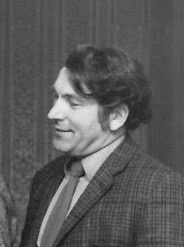 Jarrow and Hebburn Athletic Club were very sad to announce the passing of one of our oldest and dearest members, John Keefe, in November 2020.

John was a member from 1945 and became an integral part of the Club's success in its early years. He raced over all sprint distances and the mile, serving as club captain in the 1950s, and remained a member across an incredible nine decades! Most importantly, John breathed life into the club. Those nine decades were notable for his consistent support at races, events and functions. He was also a prominent, respected and well-loved figure on the regional athletics scene, with long involvement as an official.

Jarrow and Hebburn AC are raising funds for a memorial bench in John's honour. The bench will also commemorate Club founding member Bob Charlton, who served as club secretary for over 40 years, and Tommy Power, legendary athlete, long-serving committee member and a teammate of John's.

The bench will have pride of place trackside at Monkton Stadium and will commemorate the immense contribution that these three men made to Jarrow and Hebburn AC and to North East athletics. The bench will be unveiled at an athletics meeting in summer 2021 and we hope that it will provide a place of rest and reflection for future generations of athletes, officials and volunteers. 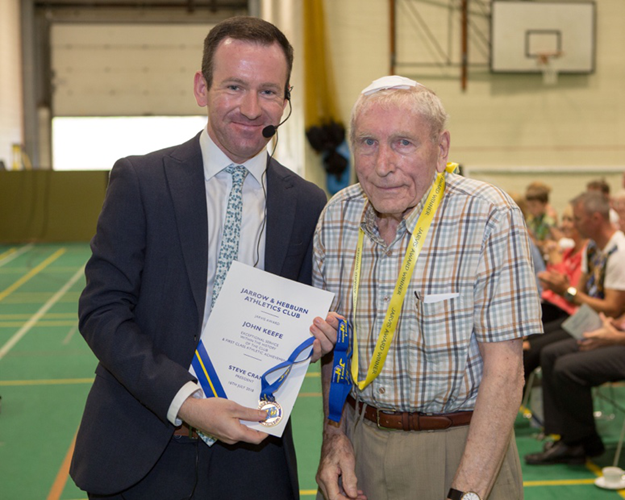