Jim, a gay priest, invites a sex worker over for the night. The encounter changes Jim’s life forever, but not as he expects.

This script was selected for development by the BFI South East Short Film Development scheme, and is being supported by BFI Network with National Lottery funding.

Please help bring this important piece of LGBTQ+ history to life, shedding light on an important subject based on real events.

London, 1982. 41-year-old Father Jim Fitzsimmons waits nervously in the dark across the street from a line of "rent boys" that West London was known for at the time. Simon, a teenager among them, stands out. They make an arrangement and leave together.

At his flat, Jim and Simon share a drink, an awkward dance---but after Jim, half-drunk, kisses Simon, events take a turn. That night will change the course of both their lives forever.

In the 80s, Earls Court and the greater West London area were known for the young male sex-workers who operated in the area. Many were vulnerable, preyed upon, and were part of a community that would be devastated by the AIDS epidemic in the coming years. To this day, the region is plagued by homophobic stereotypes.

Chelsea FC fans are to this day called "rent boys" by opposition fans, with the infamous "rent boys" chant sang at stadiums across the country. This originated from the association to sex workers in the area around Stamford Bridge, and stories of famous Chelsea fans visiting the brothels.

It was this history that partly drew producer Thomas McDonald to the project. A lifelong Chelsea season ticket holder and West London born and bred, Thomas has throughout his life been called homophobic slurs by opposition fans. 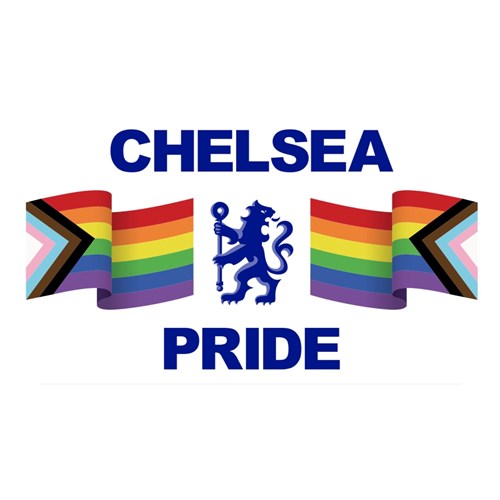 This has lead to discussions with Chelsea Pride, the Chelsea FC LGBTQ+ fan group, in relation to a collaboration with the film. For years Chelsea Pride has worked to create discussion and education on the history of the area, and rid football of the homophobic chants aimed at Chelsea fans.

We would like to join these discussions in three core ways. By spreading the history of sex workers and the violence they suffered through the films marketing and social media in pre-production, by engaging with Chelsea Pride's feedback on the content of the film, and with possibly running screening events with Chelsea Pride when the film is finished where the history can be more widely discussed.

With the importance of the history, and the real lives that inspired the story, we have built the project from the ground up with LGBTQ+ representation, to ensure we tell the best story possible.

We have a majority LGBTQ+ producing team and have cast actors from the queer and LGBTQ+ community in both main roles.

Throughout the process, feedback from LGBTQ+ writers and producers, and friends of the real Bill Kirkpatrick, have been central to shaping the narrative and representation of the characters to ensure accuracy, sensitivity and authenticity. 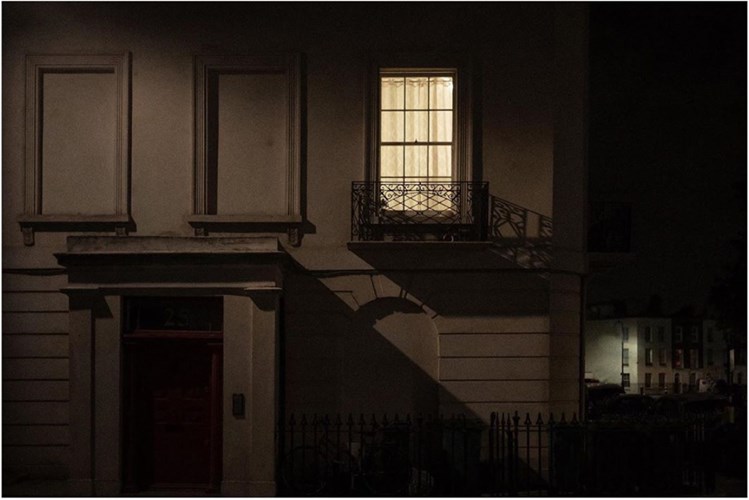 The film's main character takes inspiration from a real figure from this time, priest Bill Kirkpatrick. Often referred to as “The Diana of Earl’s Court”, Father Kirkpatrick was one of the most iconic and extraordinary figures within the Church of England, during the peak of both the AIDS crisis and the exploitation of young male sex workers in Earls Court during the 1980s. 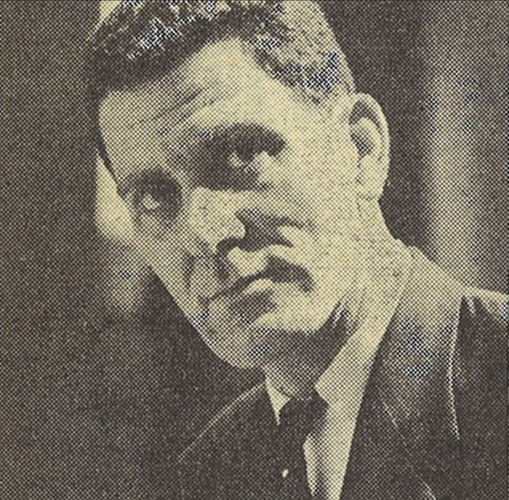 Bill had an ongoing relationship with a former male sex worker during the 1980s. Separately, news reports of the death of a teenage sex worker at the hands of a paedophile gang compelled Bill to devote his life to protecting and advocating for boys and young men who risked suffering the same fate.

The character of 'Jim' isn't a carbon copy of Bill Kirkpatrick, and the events in the film are largely fictional. But this project serves as a testament to this important chapter of London's queer history and Bill's impact on the community. We also want to represent the story of so many young men in West London during the 80s, and bring greater attention to the difficulties and oppression they suffered.

What will your donation help to fund?

We need a really strong base of funds to ensure that we can do this film justice and properly pay the people working on it.

Film-making is an expensive process. To create a top quality piece set in the 80s, we need to invest across all areas of the film, including locations, costumes, creating a set, hiring equipment - and of course employing an outstanding cast and crew to make the film happen! 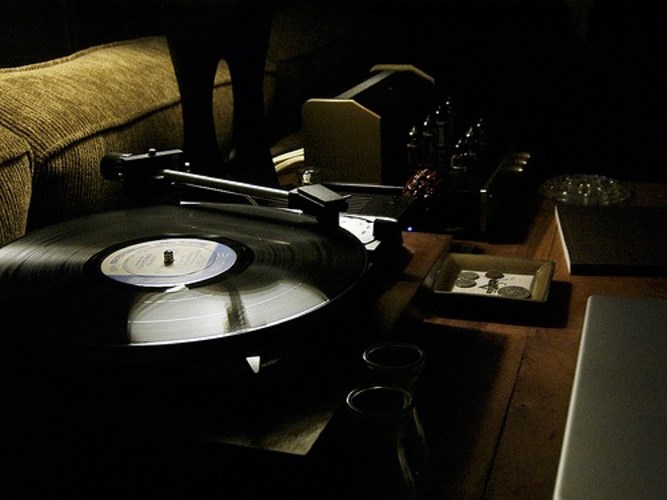 Tom first found success as a Classical composer, writing two large-scale works for the BBC Scottish Symphony Orchestra which were broadcast on Radio 3, and a chamber opera which was acclaimed in the Independent. He studied at the London Film Academy, and since turning to filmmaking, he has written and directed several shorts and short documentaries, screening at festivals including the Preloader Film Festival (where he won “Best Technical Achievement”), the Earl’s Court Film Festival and the Imperial War Museum Short Film Festival.

He was also shortlisted for an online competition judged by Peter Jackson, who said of his entry: “a clever narrative, snappily edited, which delivers on its premise”. In 2019 he was selected for the BFI South East Short Film Script Development Programme, and has worked with several script editors to develop his latest short script, “Jim”.

Thomas has over five years’ experience producing short films, starting straight out of University with his BFI and Film London funded short "Vibration". The film screened at numerous festivals, such as the London Short Film Festival and the Cleveland Film Festival, as well as being in the final 12 longlist for the BIFA Best British Short Film award.

He has since established his own production company, Tedium Entertainment. In this time he has continued to find great success, with screenings with BFI Soul, Norwich Film Festival, British Urban Film Festival, The Shortest Nights, and many more. He is currently in post production finishing up his BFI Network Midlands funded short film "Catch a Butcher", his largest and most ambitious project to date.

Cristina has always been fascinated by real-life stories from ordinary people told through movies. In 2020 she decided to leave Switzerland for London where she started a film production course at the National Film and Television School (NFTS) to fulfil her dream: work in film production.

With Jim she wants to pay tribute to the late Reverend Bill Kirkpatrick, a person who, with great humility and dedication, has been able to transform his negative life experiences into something positive and beneficial for an entire community helping the weakest link in society; young people abandoned to themselves and forced into prostitution in order to survive.

Robbie began in the camera department in his teens working on studio films such as Harry Potter, Captain America, Skyfall and Under the Skin.

He studied under the tutelage of several cinematographers on commercials and music videos before a mentorship spanning several years with Haris Zambarloukos on the feature films Locke, Jack Ryan and Cinderella – working as a camera operator on the latter.

His filmmaking journey has been shaped by his experiences working on projects with directors such as Ridley Scott, Christopher Nolan, Stephen Spielberg and cinematographers John Mathieson, Roger Deakins and Philipe Rouselot.

Robbie won the Best Cinematographer award for Thousand Yesterdays at the European Cinematography Awards, Wale was shortlisted for an Academy Award 2019 and nominated for a BAFTA 2019 for Best Short Film, and he was nominated by the British Society of Cinematographers in both 2019 and 2020. 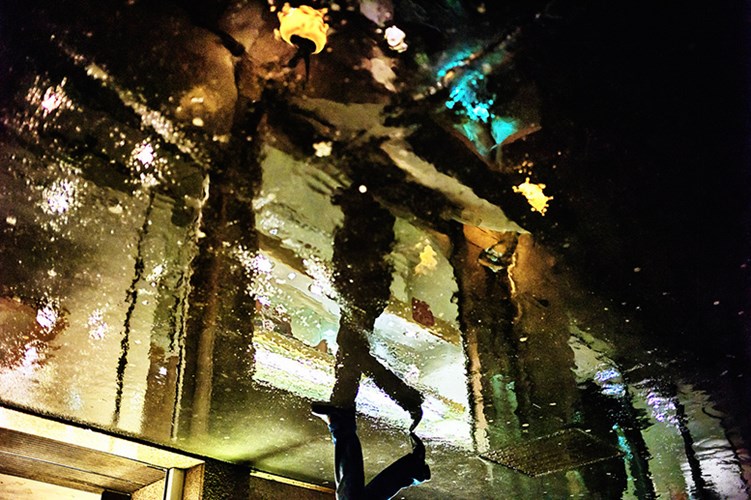 Please help bring this important piece of LGBTQ+ history to life, and continue on the work Bill Kirkpatrick did giving a voice to the experiences of young sex workers