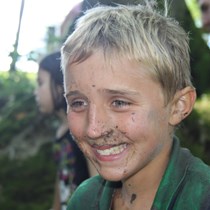 Weʼve raised £12,827 to help raise funds towards Rhys' legacy fund.we are hoping to achieve the goal of an Astro- turf at his school, ysgol Llanhari.

If you can imagine the most amazing 16 Year old boy, driven to succeed (he wanted to be a pilot, dentist or CEO for Microsoft) and would have achieved whichever goal he set himself. He was musical, played the guitar, drums and piano. He was a successful sportsman, having achieved a black belt in Taekwondo, played Hockey for his local club and for South East Wales. Rhys was a born leader and was the glue which held his friends together. Academically, Rhys was a hard worker, he applied himself in school, hoping to achieve the best grades he could, always maintaining a healthy competition with his close friends. Rhys never got to see his results which consisted of 5A*’s for Maths, Chemistry, Physics, History and Geography as well as 8 A grades, in English Language, English literature, Welsh Language, Welsh Literature, Biology, French, RE and Psychology. In addition to this he also gained a pass in Additional Maths GCSE, ICT and a Home Cooking certificate. He joined the Air Cadets and flew a plane; he won a phone at a competition at the headquarters of Microsoft in Reading. He was spokesman in a conference for Microsoft in a hotel just outside Cardiff. He played the lead in the school musical production. He supported his friends with revision for exams.
Rhys was kind, funny, honest and caring. He defied boundaries by never seeing age, gender, race or occupation in anyone. By this I mean that he would have conversations with a school caretaker in the same way as he approached for Minister for Education in Wales. He taught a 5 Year old how to play the guitar; he sat with elderly neighbours for hours on end helping them with their technical devices. He showed respect to everyone and had respect from everyone that knew him. Rhys was one in a million; once you met him you’d never forget him. He doted on his younger sister and was the most considerate and loving son and grandson you could ever have wished for.
On 12th July he was knocked over by a motorbike. We miss him x

A team of Rhys' friends are planning on completing the Cardiff Half marathon in October 2017. Some have never run before, some are athletes. We are raising money to keep Rhys' legacy going and his spirit alive. We are hoping to achieve the goal of an Astro Turf in his school.