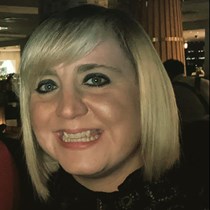 Weʼve raised £1,860 to allow the immediate future of Westoe Band to be provided for and if possible secure the longer term future of the band.

Westoe Brass Band has been a musical presence in South Tyneside for over 100 years. During that time they have provided musical entertainment not just in and around the local area but on a national scale, and are privileged to carry on the tradition of brass banding in the area, and in honouring our mining heritage.

The band are completely self funding and rely on engagements undertaken throughout the year, especially those in South Tyneside, to meet the costs of running the band. In addition to this they also benefit from the kind donations made by followers of the band.

Despite being self funding they endeavour to raise money for local charities each year and over the last 20 years have raised in excess of £20,000 to support other organisations and charities within the South Tyneside and North of England area.

They currently find themselves unable to participate in the events they take part in annually such as the South Tyneside Festival and Durham Miners Gala and with this the essential funding they provide.

The band are hopeful that towards the end of 2020 they will be able to once again perform in concerts however, until then, there are outgoings that still need to be covered such as payment of insurance and rent.

Westoe Brass Band would be grateful for any donations that will help to secure the short term future for the band. If the band were to generate additional funds above the identified immediate target, this would help to further secure and sustain the band’s longer term future and aspirations for development of resources, community engagement and raising the profile of brass banding in South Tyneside.