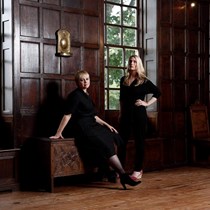 Jon Underwood, the founder of Death Cafe, died suddenly on Tuesday 27th June from Acute Promyelocytic Leukaemia. He was 44.

A Death Cafe is a pop up event where people come together and talk about death over tea and cake. Jon started the Death Café from his front room in Hackney in September 2011. Since then, almost 5000 Death Cafes have been held in over 50 countries in diverse locations including festivals, local cafes, front rooms, farms, schools and universities, hospitals and hospices. Death Café has received unprecedented global press coverage including the front page of the New York Times.

Since 2011, Jon funded his Death Cafe work entirely through his own personal savings and small freelance projects and had recently begun trying to fundraise very actively so he could pay his bills.

Jon was a source of invaluable advice, support and encouragement to everyone in the fields of death and dying, always generous with himself and his resources. He was one of the good guys - the most genuine, well intentioned, humble, kind hearted and gentle person, both professionally and personally.

We'd love to support Jon's young children, Frank and Gina, and have set up a JustGiving page in his memory. We hope his friends, the death and dying community and all those his life touched will show their gratitude for everything he has given them. Donations will go directly to supporting his family following his death.

All donations will be used for the following:
1. Allowing Donna to reduce her hours at work to spend more time with the children
2. Mortgage
3. Bills
4. Jon's children's' future education

This Justgiving page is being managed by Jon's friends at the Good Funeral Guide.

Editor of the Good Funeral Guide