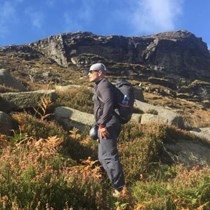 Weʼve raised £620 to give to the Help for Hollie Fundraiser

Just doing my little bit for the Help for Hollie fundraiser. On 16th November Ill be hiking the Mourne’s seven highest peaks (the Seven 7s) to raise money for this cause. As to what its all about; in the words if Hollie’s mum, Julie:-

‘On 20th June 2018, our tiny world fell apart when we received the news that no parent wants to hear, “your daughter has a brain tumour.”

Our daughter Hollie, who is 13, was a very happy, healthy and sporty young girl until approximately a year ago when we noticed a gradual decline in her health and ability. The resulting tests and MRI identified a rare brain tumour - Hypothalamic Hamartoma.‘