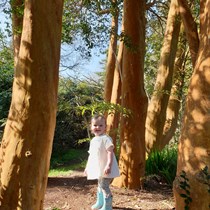 Weʼve raised £8,886 to try and help Donald Angus - restore some of what was lost following tragic fire that destroyed his garage on the 30th of April

A helping hand for Donald Angus

On the 30th of April at approximately 15:00 a devastating fire took hold in Donald Angus Morrison’s garage in New Tolsta. The fire unfortunately grew wildly out of control and despite attempts by those close by to extinguish it before the fire brigade arrived their attempts were no match for the flames that had already taken hold.

Donald Angus is a much loved and well respected member of our community he is a self-employed weaver and mechanic to trade. Donald Angus has done many a turn and shown great kindness not just to those in the community but those outwith as well who have required vehicle repairs along with other things.

Donald Angus’s garage to him was not just a garage but was the key to his livelihood and his own employment. It housed his loom as well as the tools for his trade of which had been built up over a period of 17 plus years. Unfortunately, all was lost in the fire and the area from which he worked can no longer be used due to the extensive damage.

We would like to try and raise at least £2,000 as a small contribution to help him replace what was lost, and to give a helping hand to try and restore what is required to re-establish a source of income during this very difficult time.

Its during times of great difficulty and loss that people show their kindness and great community support. Lets try and repay some of that kindness that Donald Angus so willingly shared with us.

This page has been set up by members within the community of Tolsta on the isle of Lewis to help raise money for Donald Angus Morrison following the tragic fire that destroyed his garage on the 30th of April.