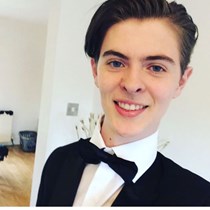 Weʼve raised £5,020 to fund a state of the art prosthetic leg. This leg will enable Jordan to achieve his goals and enjoy life to the fullest.

Jordan has Proteus Syndrome, this is an extremely rare genetic mutation. Proteus is characterized by overgrowth of the bones, skin, and other tissues. Organs and tissues affected by the disease grow out of proportion to the rest of the body .Proteus syndrome is a rare condition with an incidence of less than 1 in 1 million people worldwide. Only a few hundred affected individuals have been reported in the medical literature. Jordan has had more than 15 surgeries to try and combat the above affects.

Proteus took away Jordan's ability to walk unaided by the age of 4; it has caused many other medical difficulties, one being a major spinal deformity resulting in two 10 hour surgeries to correct it and a full year of intense and painful rehabilitation. The other predominantly affecting his left leg, after undergoing multiple surgeries to try stop the progressive overgrowth, unsuccessfully; Jordan made the very brave decision to have a through the knee amputation at the age of 17 in July this year (2017). Jordan has many dreams and aspirations like most 17 year old's and by raising the necessary funds to get a state of the art prosthetic (The Genium X3) by Ottobock and specialist sockets by Sigil-In. it will make his aspirations and goals more achievable. You will see from his profile picture he has an amazing sense of humour!

We believe that by sharing Jordan's story around the world and hopefully reaching 37,500 people and asking each one to donate just £2.00 Jordan will reach his target. Whilst we understand that larger donations may be scarce any donations made are greatly appreciated.

Regular photos and updates of Jordan's progress will be given.

I am Emma, Jordan's mum. I have helped create Jordan's fundraising page. He is an inspiration and truly deserves a chance at a better quality of life by getting the best prosthetic possible. If we don't reach our goal, the money will be used to buy Sigil-In specialist sockets.