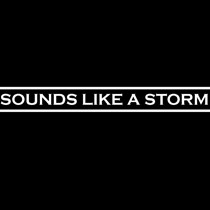 The premise of the Centre Stage competition is to give young, local bands and soloists a fantastic platform and exposure whilst raising vital funds for Martin House Children’s Hospice.

With this food for thought we felt we should act on this advice to engage a new generation of support. A brainstorm led to the idea of a fundraising battle of the bands style competition…. but securing a highly desirable prize seemed essential if it was to triumph!

With the Leeds Festival taking place just a couple of fields away, the wonderful Festival Republic confirmed that our winners could perform at both LEEDS AND READING!!!!!!

With such an amazing prize, we knew we had to make this as prestigious an event as possible. We approached various high profile, local people in the music industry and soon had a strong committee and some high profile endorsees.

We have the unprecedented support of local bands Embrace, The Pigeon Detectives, The Cribs and Pulled Apart by Horses.

190 acts later, a collective crowd of over 13,000, 80 bands performing at O2 Academy, Leeds, 7 performing at Leeds/Reading, charity auctions, the support of the biggest music industry names in Yorkshire, plentiful press….. and over £200,000 so far raised!

With this in mind please support Sounds Like A Storm a Leeds band comprising of Joe Schofield drums, Cormac Connolly lead guitar, Sennen Ludman singer/ guitarist and Connor Passey bass. They have been together just over a year and have already had sell out gigs including the Wardrobe, Leeds on their debut headliner gig.

They confidently won their Centre Stage heat on April 18th at the Belgrave Music Hall and now go through to the final at the O2 Academy, Leeds on Thursday 20 July.