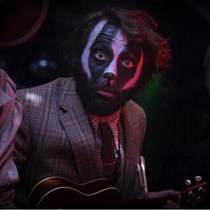 NOvember is a whole month of abstaining from my typical diet by having NO cigarettes/alcohol/meat/coffee (what else is there?? I'm sure I'll find out).

This will be excruciatingly hard.

But absolutely worth it.

I don't want children, because they're awful, but if I did, I would want them to grow up in a world where women like Gina are in charge. She's brilliant and kind, and this is important.

In 2017 Gina was one of the women at the forefront of the #MeToo movement when she spoke out against a prominent theatre figure for inappropriate sexual comments he made to her in the workplace.

To help others understand inequality and stand up against it, Gina has set up Spark, a new arts education organisation that brings programmes exploring gender equality to schools. Spark aims to empower young people by giving them ownership over these issues and the confidence to speak out through discussion, debate and drama.

In the first year of the project Gina will work in a range of schools across London with varying levels of cultural engagement. My target of £500 will cover the cost of six weekly workshops in a comprehensive school in Newham, the least culturally engaged London borough.

Please support me and Gina if you can, to empower the next generation of young people to stand up and speak out.

Joseph Cullen is a cigarette-smoking, coffee-drinking, meat-eating drunk. By completing NOvember not only will he become a healthier happier person, but he will be able to raise some much needed funds for Spark, a brilliant new initiative in gender equality education.