Weʼve raised £3,053 to erect a statue of Joseph Carey Merrick - otherwise known as The Elephant Man in his home town of Leicester.

With continued research into Joseph's life, in April 2019 the final resting place of Joseph's remains were located in an East End London Cemetery. The story went global and the interest in Joseph rocketed. 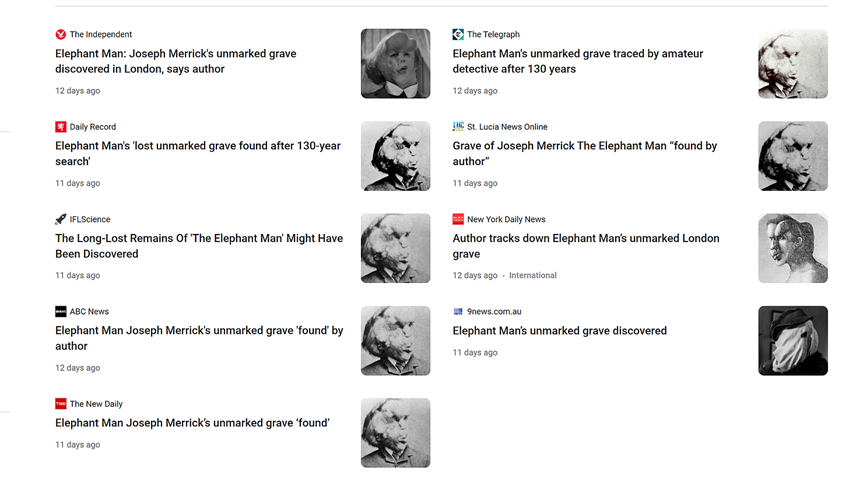 Following these events which demonstrated a strong local, regional and inter/national interest in Joseph, a group of people interested in Josephs life decided that he deserves a permanent memorial in his home town.

The only memorial to Joseph is a small plaque at Moat College in Leicester which is not accessible to the general public and a conference room. Moat College stands on the site of the former workhouse, where Joseph lived from 1879 - 1884. There is also a blue information board near Lee Street NCP Multi-Story Car Park which informs the visitor that Joseph Merrick was born there. The information board tells you more about Sid James opening the Tesco superstore then our own local resident.

Please help to raise money to erect a statue of Joseph Carey Merrick in his home town of Leicester to ensure that future generations will never forget Joseph's courage and inspiration. The statue of Joseph will call attention to inclusion, equality, independence, choice, empowerment, respect and dignity to people with a range of disabilities and challenge the prejudice, discrimination and social isolation that many disabled people face throughout their lives at home and at work.

The majority - if not all - of the books, plays, and the one and only film of his life focus on Joseph's time spent in London.

Leicester, his town of birth is barely touched on. In fact, if you asked the general public the question " Where was Joseph Merrick born?" - most would probably say London; not many would know he was a Leicester resident. 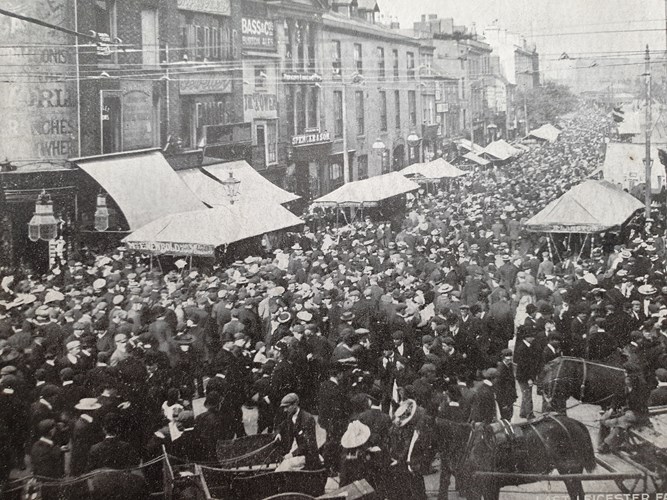 Humberstone Gate May Fair, where it is said Joseph's mother was frightened by an elephant, which she believed caused her sons condition.

This statue will also remind us that Joseph was a native of Leicester and encourage visitors and tourists to the City, to look beyond our shopping centers and fancy condos and enjoy our rich history and heritage. 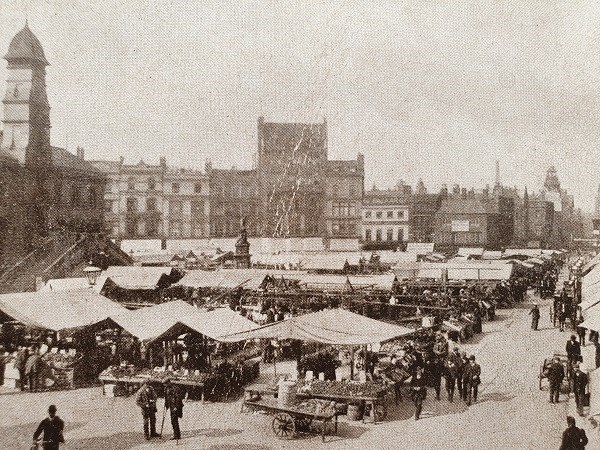 Leicester Market which dates back over 700 years and is the largest open air covered market in Europe.

A city council spokesperson said: "Joseph Merrick's story is a significant part of Leicester's history, and his story addresses important issues about society's changing attitudes towards disability. "The city council is not responsible for erecting statues, but if other groups or organisations want to raise the money, we are happy to help facilitate the process."

We have also approached sculptor Sean Hedges-Quinn who designed a statue to Leicester suffragette Alice Hawkins.

He said: "Clearly Joseph's physical appearance makes him different to most other statues. "There is no reason why someone with such disabilities should not have a statue, but there is a decision about whether to have him wearing his famous hood. "It is early days in the project, but I think it would be fascinating to work on." 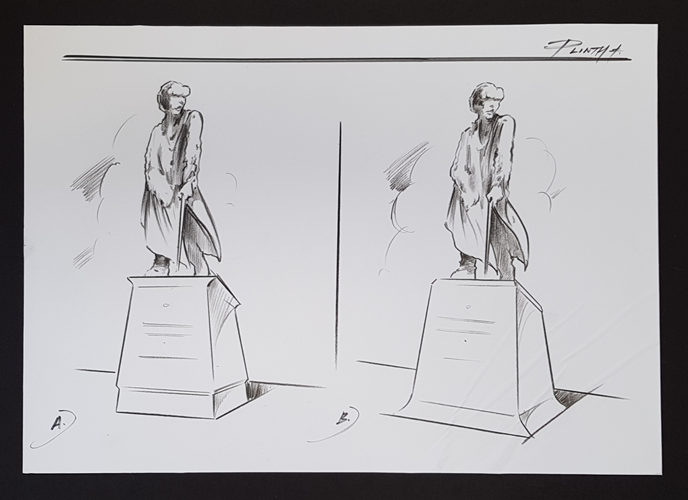 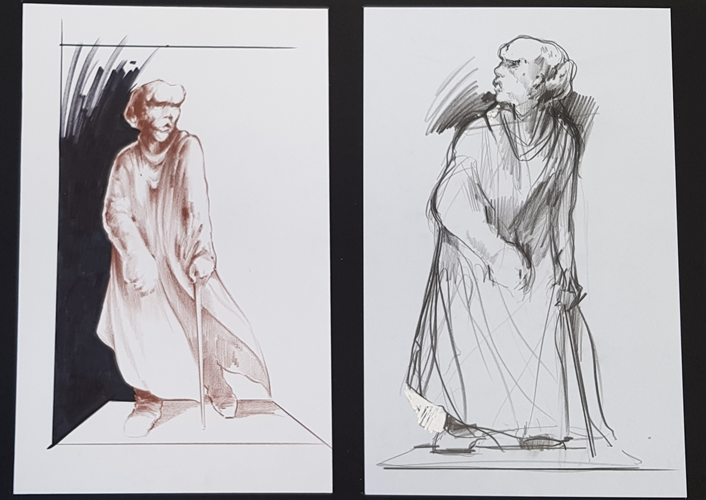 Joseph Carey Merrick known also as 'the Elephant Man' was born in Leicester on 5 August 1862.

Born without any indication of the affliction yet to come, Joseph lived at home first with his mother and father then, after his mother passed away and his father remarried, with his uncle then being admitted into the Leicester Union Workhouse at the age of seventeen unable to find work. 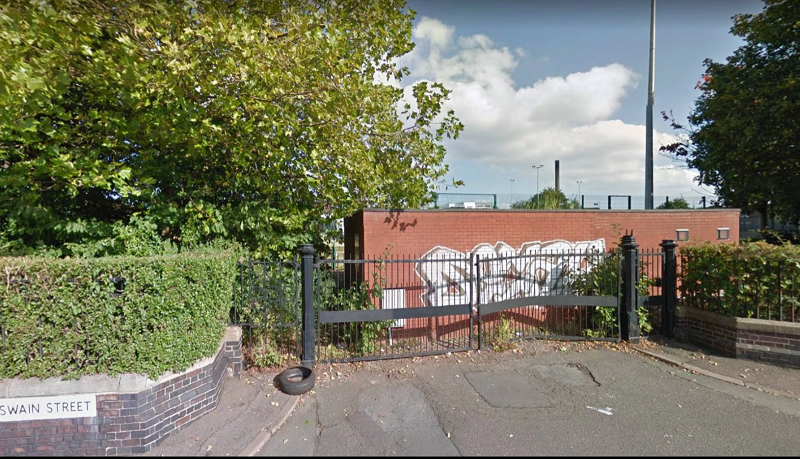 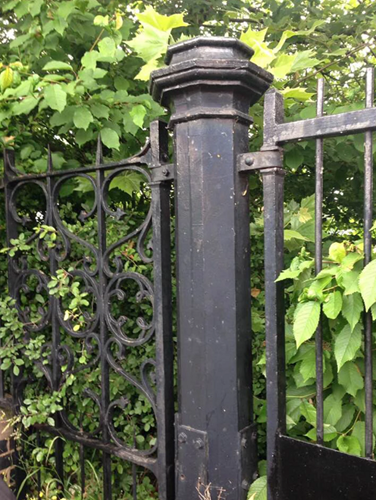 The gates of the Leicester Union Workhouse. The only surviving reminder of the institution which once stood here.

After four years in the institution, Joseph, knowing his appearance grew interest, wrote to a local music hall proprietor Sam Torr to offer his services as a novelty or freak, this being the only work options available to him. 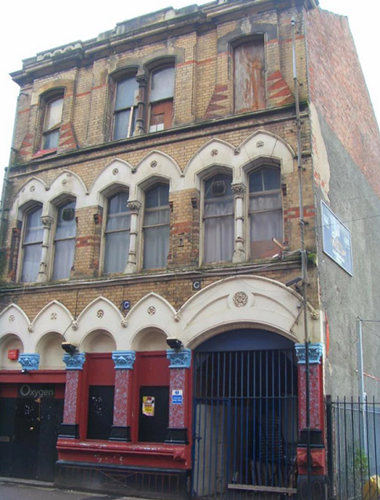 We would like to see a statue of Joseph around the East Gates/Clock Tower area of Leicester. This open space was once occupied by the old Haymarket buildings, where the people of Leicester once met to buy and sell hay and straw.

At 15 years old, Joseph was unable to continue working in the cigar factory. The increase heaviness and awkwardness of his malformed right arm, hands and fingers made it impossible for him to carry on with the delicate work required. His father managed to get him a peddlers licence and with a tray of ribbons, stockings, gloves or any other items, Joseph would go door to door and most probably stand in the area of East Gates and the Clock Tower to sell his goods.

In Joseph's own autobiography he writes

but, being deformed, people would not come to the door to buy my wares. 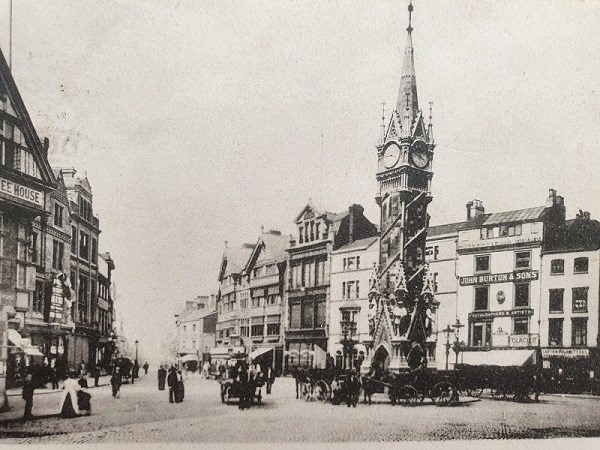 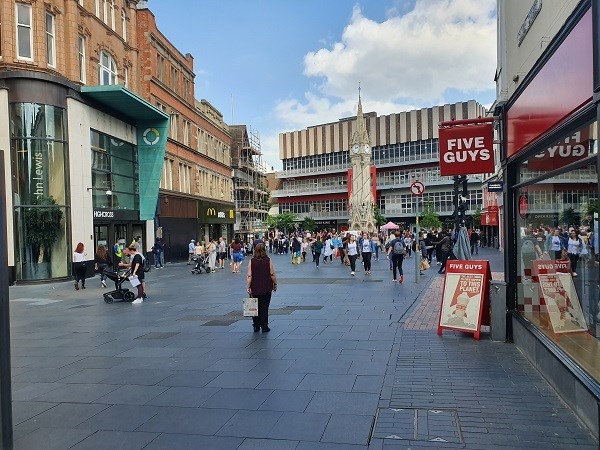 An individual member of the Merrick family, Mary Merrick who is descended from Joseph's Uncle Charles Merrick, agrees to a statue being erected in his home town and has given her blessing for the project.

As well as raising money through this crowdfunding page, we shall be hosting talks, walks and events and all the money donated will go towards the project.

Our commitment to all our donors will be:

* Find the ideal location for the statue where it can be admired for all.

* Invite the public to participate in guided walks/talks to get to know the real Joseph Merrick and his life in Leicester.

It's high time someone with facial and bodily deformities is acknowledged in such a way. It's 2019, an all inclusive society, we shouldn't hide away from such antiquated issues.

Joseph wasn't a pioneer, but he is probably the most well known and the earliest example of a person with a disability who attempted to make his own way in the world.

A permanent memorial to mark the burial site of Joseph Carey Merrick at the City of London Cemetery and Crematorium.

***Please note. If we do not meet the required funds for a statue, the money will be used for another type of memorial for Joseph in Leicester. Any extra money raised not used for the statue will be donated to a disability charity.

I am from Leicester and since writing my book on Joseph, I have seen an increased interest in Josephs history and his life growing up in Leicester. I have given many talks for historical groups and I appeared alongside Michael Portillo in his 'Hidden History of Britain' series.