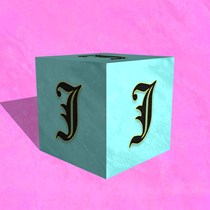 We are hosting an online music party on 27 June at 10pm-12am (GMT). We'll be DJing alongside one of New York's hottest talents, Kush Jones. With a slew of recent releases, a show on Rinse FM and mixes for Resident Advisor and FACT, Kush Jones is a man in demand. We are honoured to have him bringing his signature blend of the finest footwork and juke music.

We will also be joined online by TOG footwork crew - Take Ova Gang is a Chicago footwork group formed on the south side of Chicago. They will join us to demonstrate the footwork dance skills that have won battles in the U.S & other countries and have performed at music festivals and toured with artists such as DJ Rashad.

The event will be free to join but we are encouraging anyone joining to donate to the Trans Justice Funding Project .

TJFP is a Black, Brown, and Indigenous-led organisation that has continuously prioritised moving resources across the USA to support Black trans groups and organisations, while centering their experiences and leadership. TJFP we believe there is no world in which trans liberation can occur without racial justice. There cannot be Pride for a few when there is violence, repression, and injustice for so many.

So come and join us, have a great time, and if you can donate what you might normally spend on a ticket or a few drinks, you can help make the world a more just and fair place.

We are Juke Joint. Music promoters and DJs from Manchester, UK, playing the finest footwork, juke and 160bpm music. We are hosting online music parties and collecting donations for great causes.