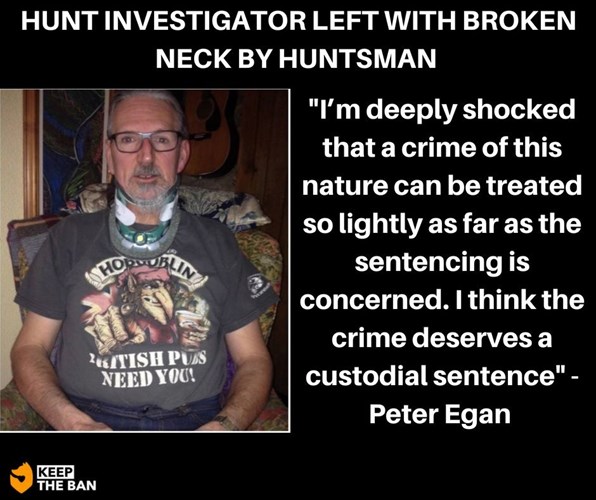 Darryl Cunnington, a former police officer, had his neck broken after being brutally attacked by a gang of 6 hunt thugs while investigating alleged crimes against wildlife.

In a move that has sparked outrage, two of his assailants were allowed to walk free from court by the judge. The other 4 have never been charged and remain at large.

Green Future News - an environmental, animal welfare & human rights podcast show - is crowdfunding for a reward for information that leads to the identification, arrest and conviction of these 4 other attackers. Green Future News‘ campaign to ask the Attorney General to have the 2 convicted attackers’ sentences reviewed by the Court of Appeal is supported by Sir Ranulph Fiennes, Bill Oddie and Downton Abbey star Peter Egan. A petition in support of the campaign has been signed by tens of thousands of people. 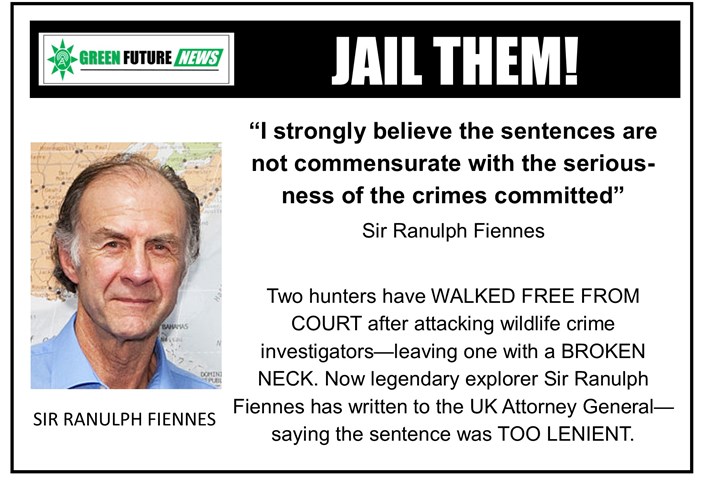 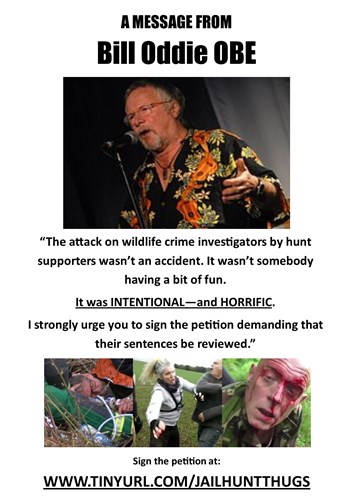 The money raised will also be used to cover the costs of expert assessment of the evidence, investigating other unprovoked attacks by hunters on members of the public, and exposing criminal and cruel hunting of wild animals for “sport” by hunters.