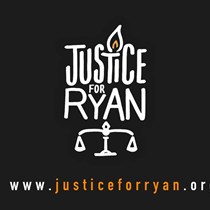 "Ryan was cruelly taken away from us in the early hours of Sunday 6th August 2017 due to being fatally stabbed through his heart inside Chicago’s nightclub in Stourbridge.

Ryan was just aged 24 with his whole life ahead of him. Those who knew Ryan will know he was one of the kindest, loving, genuine and happiest of people you could ever wish to meet. He loved and lived life for his family and his friends. No words can express the kind of person Ryan was to many of us, and the impact he had on those around him.

On the 6th February 2018 at Birmingham Crown Court this country’s justice system let the man who admitted to stabbing and killing our Ryan walk free from court a free man. He admitted to stabbing and killing Ryan, and to having lied about being drunk at the time, but was acquitted of murder and manslaughter, after effectively saying that what happened was an accident.

The prosecution evidence presented to jury was overwhelming in support of a murder conviction. We cannot understand or comprehend how the jury got the decision so devastatingly wrong in returning a “Not Guilty” verdict and letting him walk free.

Please help us to overturn a gross miscarriage of justice. We will shortly be launching a number of legal challenges in our fight to get the justice Ryan so rightly deserves.

Firstly, we want to change our Criminal Justice System to allow the right for victim’s families in serious crime cases to challenge the jury's perverse acquittal decision. That is one that went against the law or against the evidence or which “no reasonable jury could have come to”. Before this happens, the law needs to provide for juries to give reasons for their decisions. At the moment they simply indicated “guilty” or “not guilty” without any indication as to how they arrived at their decision. This prevents there from being any objective analysis of the reasonableness of the decision, and whether the jury approached the evidence in the proper manner.

Secondly, we want to exhaust every possible avenue in terms of trying to identify evidence that would enable the CPS to bring another prosecution against Ryan’s killer. If that is not possible then we will be seeking to have him held accountable for what he did in the civil courts.

Funds raised by this campaign will support the family directly in pursuing legal actions in their fight to get Ryan justice. We have obtained the services and support of a highly experienced solicitors and barrister who will be working for us at significantly reduced rates, and who have been involved in high profile cases of injustice such as the Hillsborough and Birmingham Pub Bombing Inquests.

We have been advised that in order to launch the legal challenges that we would like to begin we need to raise tens of thousands of pounds.

Ryan’s parents have lost so much already, they should not have to lose even more in their fight to get the rightful justice for their son!

That's why I have set up this fundraising page to allow people to help and support them to raise the vital funds they will need to fight for Justice for Ryan.

Any donation, no matter how small would be greatly appreciated. Thank you for all your help and support.

If you can help us in any other way or would like to contact us about our campaign, please email us at: info@justiceforryan.org

Follow our campaign and get the latest updates at: www.justiceforryan.org

I am a family friend of Ryan's parents and campaign manager for the Justice For Ryan Campaign group. We are trying to raise vital funds to help the family get the rightful justice both them and Ryan so desperately deserve. Follow our campaign at www.justiceforryan.org