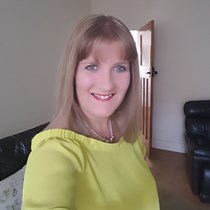 Weʼve raised £3,236 to support the Ronald McDonald House at Alder Hey and the Hospital

On Sunday 17 April 2022 our world was ripped apart and we were given the news that Kane had Acute Hydrocephalus and a large Brain Tumour. To say that we were devastated is an understatement.

Kane was really poorly, he was ventilated and transferred from Leighton Hospital to Alder Hey Children’s Hospital where he went straight in to theatre to have lifesaving surgery to drain the fluid from his Brain.

The operation was a success and Kane was moved to ITU later on Sunday evening.

He was taken off the Ventilator during the early hours of Monday and he started to wake up.

On Tuesday 19 April Kane was taken down for a second operation, this time to remove the Tumour from his brain. After the longest 6.5 hours of our lives we were told that Mr Mallucci, his Neurosurgeon, had managed to remove all of the Tumour.

After 2 days in HDU and 2 days on the Ward we brought our Boy home on Saturday 23 April.

Unfortunately, Kane's wound started leaking and he had to be readmitted on Wednesday 27 April.
After being taken to theatre to resuture his wound, it was found that he required further help to drain the excess fluid from his brain. He had a Lumbar Drain inserted into his Spine and he had to lie flat for 5 days.

His spinal drain was removed on Sunday 1 May and it appeared to have done its job.

Kane was discharge home again on Monday 2 May 2022.

During this horrendous experience we were given a room at the Ronald McDonald House on the site of the Hospital and just a very short walk away from Kane.
This place is amazing and provides a place to call home whilst parents are going through the most difficult time of their lives.

As a Thank You we are trying to raise some much-needed funds to allow “Mac House” to be able to continue to offer this amazing place to other families.

We would also like to support the Hospital itself, so any money raised will be split between Ronald McDonald House and Alder Hey Children’s Hospital.