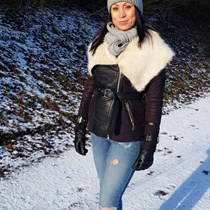 Weʼve raised £15 to Ann and Fred Rehabilitation Centre who helped my brother Chris, on his road to recovery

15 months ago and at the age of 39, my brother Chris collapsed at work and was rushed to DRI. It was there where it was discovered his aorta had split in 2 places and he was rushed to Northern General at Sheffield for emergency surgery. An 8 hour op wasn't enough and Chris underwent a further 4 hour op to repair his aorta. It was during the second op when Chris suffered 2 strokes and following this he was in a coma where he had major organ shutdown. On life support the future didn't look too promising but Northern General intensive care staff looked after Chris 24/7 and eventually he started to improve but the strokes had taken his speech and mobility.

We will always be grateful to Northern General but it was Chris's admission to Ann and Fred Rehab Centre that changed everything. Within days Chris took some steps and his speech slowly returned - this place is amazing and I believe the centre rely on donations to fund their service - for the fantastic care they gave my brother I would like to undertake this challenge and donate to Ann and Fred Rehab Centre.

Now 40 and 15 months down the line, Chris still has some way to go but he is fit and healthy and we as a family owe so much to the care Chris received.