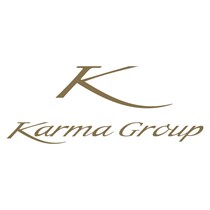 Karma Group’s founder John Spence has announced an unprecedented new campaign which will address the humanitarian crisis unfolding in Ukraine. The entrepreneur has confirmed that the luxury resort company Karma Group will be introducing a program that sees hotels transformed into accommodation for Ukrainian refugees. Dubbed Karma Refuge, the campaign will be launched in France, and see Karma Residence Normandy turned into a temporary shelter for those in need.

Explains Spence; “ I’m taking my resort in Normandy and turning it into hotel accommodation for Ukrainian refugees. We have plans to populate it with people fleeing desperate conditions in Ukraine. Mainly women and children, these people have had to long journeys in freezing temperatures for nine, ten hours at a time just to cross the border.

“Karma won’t just be somewhere to sleep, but we will also provide all food, we have full hotel staff, and all facilities free to use. Children will be given a range of activities, while parents will be given a chance to learn English and French, and will set up a Ukrainian kitchen.”

As for how these refugees will gain access to Normandy, Spence already has a plan of action. “To get them there we have a manager based in Warsaw, and will be using the assistance of local agents to identify those in need. They will then have a fleet of coaches to get them through to France,” he says.

This is the first time that a hotel company has done this and Spence hopes that Karma Group won’t be the only global company involved. “Once successful my plan is to promote Karma Refuge, find other hoteliers who are willing to take it on, or private individuals who are happy to become a part of this humanitarian channel and bring people from Ukraine into a safe shelter in Europe.”

Karma Group is an award-winning international travel and lifestyle brand that supports a number of charity initiatives worldwide under the Karma Cares banner. These include Christel House Bangalore, The Bali Life Foundation, and recently Karma Mayday & Operation Recuperation UK.