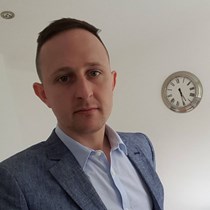 The family will face eviction

Within days, the family of my close friend, Sopyan, will face eviction and life on the streets. The situation is extremely tragic and there is barely any time left to act – we urgently need your help. 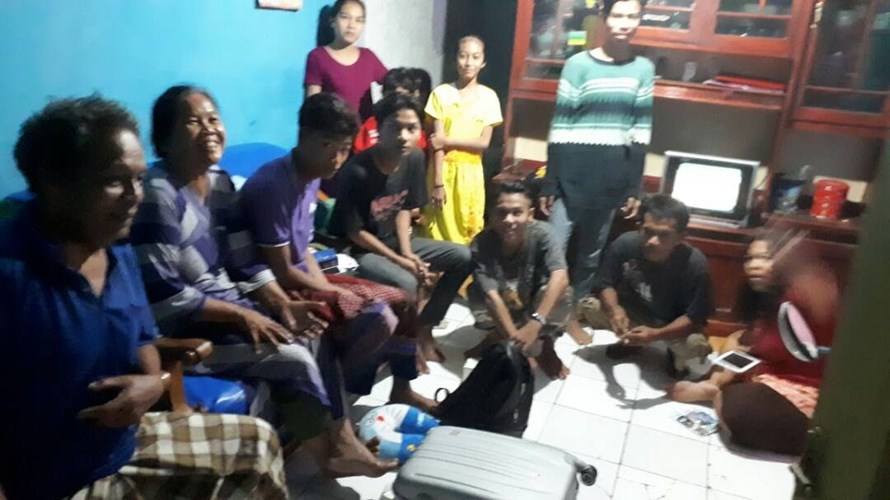 The income the family has is barely sufficient to cover their everyday needs – they often don’t have enough money to buy food and some of their young children had to drop out of school. Recently, the family was requested by the landowner to buy back the plot of land which they’ve had occupied for over 20 years. Since the family cannot afford to pay for it, they are now facing the possibility of becoming homeless within days. 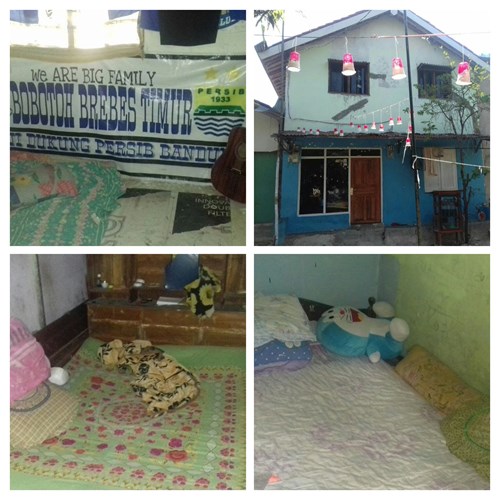 Over the last few months, I personally helped the Kasim and Sulastri family as much as I could – I provided money for the father who suffers from cancer, made sure the parents can afford to buy food for the children, as well as sent one of the boys to attend a secondary school, however, their situation is truly disastrous and WE NEED YOUR HELP.

If we can raise £1,000: the family can be provided with emergency accommodation.

If we can raise £5,000: the family will no longer have to face eviction at least for a year as the landowner agreed to take payment for the plot of land in two yearly instalments.

If we can raise £10,000: the family will be able to fully pay for the plot of land where their house is located.

Any additional money raised will allow the family to send all their children to school and pay for their meals.

Mum and dad: Sulastri and Kasim. Sulastri works six days per week in a paddy field, earning only 30,000 Rupiah (about £1.70) per day. Her husband, Kasim, used to be a food dealer. However, due to his pancreatic cancer, he’s no longer able to work. The family spends a large amount of their small income to pay for his medication. 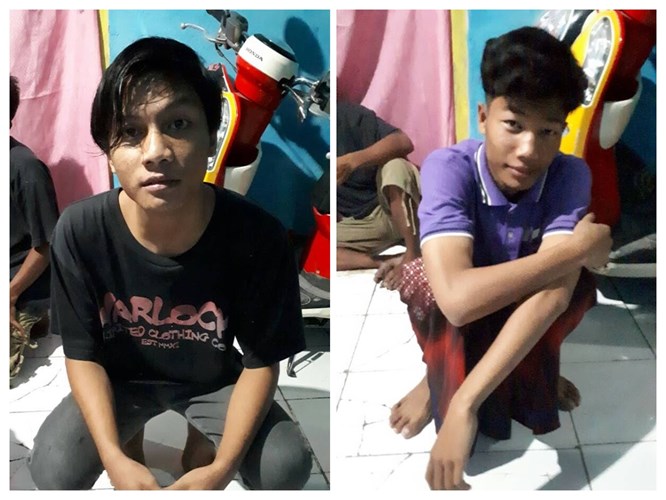 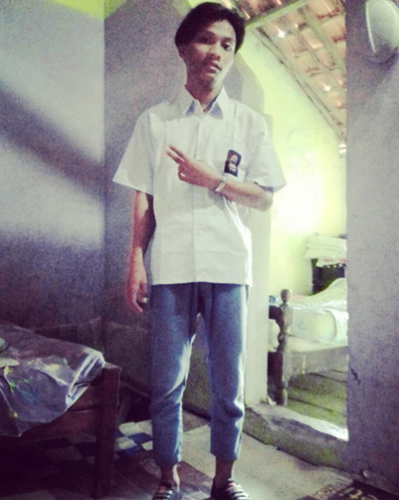 Pictured: Samsul getting ready for school

The children: Samsul and Yuswana. Samsul is 17 years old. This year, we paid for his secondary education, and, as the only child in the family, he started a High School – every day, he must walk to school about 5 miles each way, as the family cannot afford to buy a motorcycle for him. Yuswana, who is 14 years old, is in the 3rd Grade of the Middle School. 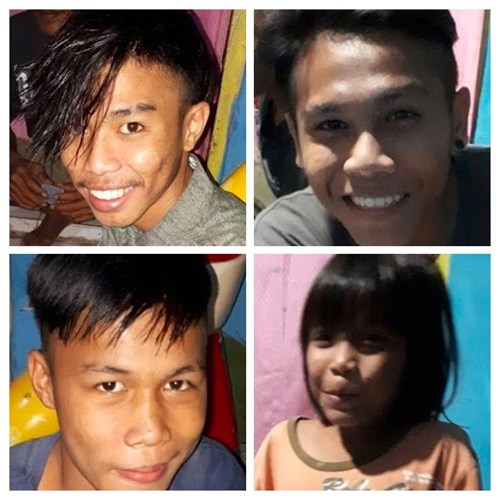 The foster children: Dodo, Welly, Lisyandi, and Rosdiana. They were all left by their mother after their father had died and have been brought up by Sulastri and Kasim. Dodo, 18 years old, suffers from lung deterioration and breathing difficulties after having been poisoned with kerosene in his childhood. He dropped out of school and works part-time in a sugar factory. Welly is 16 years old and works in a cracker factory. He earns 15,000 Rupiah (about 85p) per shift. Lisyandi, 13 years old, had to drop out of school and stays at home, as the family cannot afford to pay for his education. 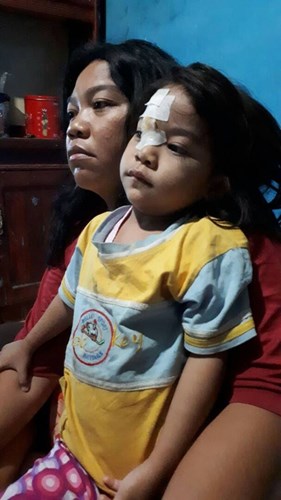 Susanti, an elder daughter of Sulastri and Kasim, and Fatin, her child, also live in the house. Susanti works together with her mother in the paddy field. She doesn’t receive any support from the father of her daughter. A few months ago, she miscarried a baby.

Over twenty years ago, the Kasim and Sulastri family, after having been robbed and had all their belongings stolen, with no money to support their family, had to leave the city of Jakarta, Indonesia, where they used to live and work. They moved to a small village in Brebes Regency, where the father of the family grew up as a child. Their relatives, who have now passed away, helped him build a house next to theirs and supported the family in the difficult times.

About three years ago, it turned out that the plot of land on which the house was built didn’t belong to the relatives, and the landowner, who just found out about the situation, began to regularly threaten the family. Being unable to afford to buy the land and with nowhere to go, the family has had to bear notorious harassment and humiliation. 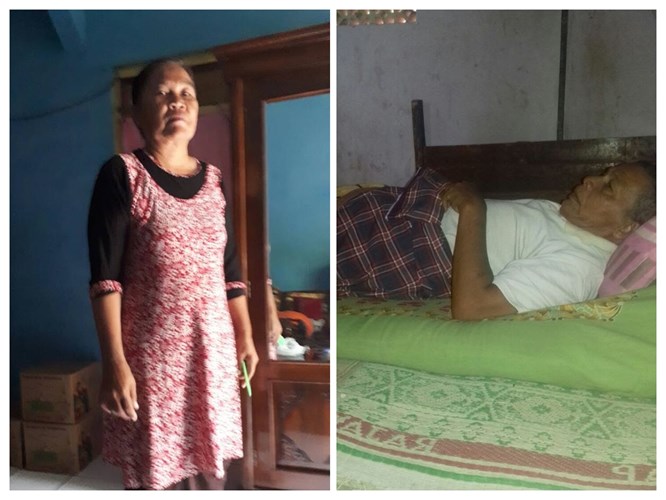 Pictured: Sulastri and Kasim, the parents

About two weeks ago, Kasim, the father of the family, who suffers from pancreatic cancer, had to undergo a surgery of repairing inguinal hernia in the local hospital. At the beginning, the family couldn’t afford to pay for the medical expenses, but my friends and I were able to gather the required funds. Soon after the operation, the family was visited by the landowner who demanded they pay 165 million Rupiah (about £10,000) to buy the plot of land or face eviction within two weeks’ time. Unfortunately, the family cannot afford such an amount of money and living on the streets might soon become their reality.

They are unfortunate to live in a country where the police are corrupted and there is nobody they can seek help from. The law can be bought with money, and the rich always have an advantage. The only hope left is US – you and me. 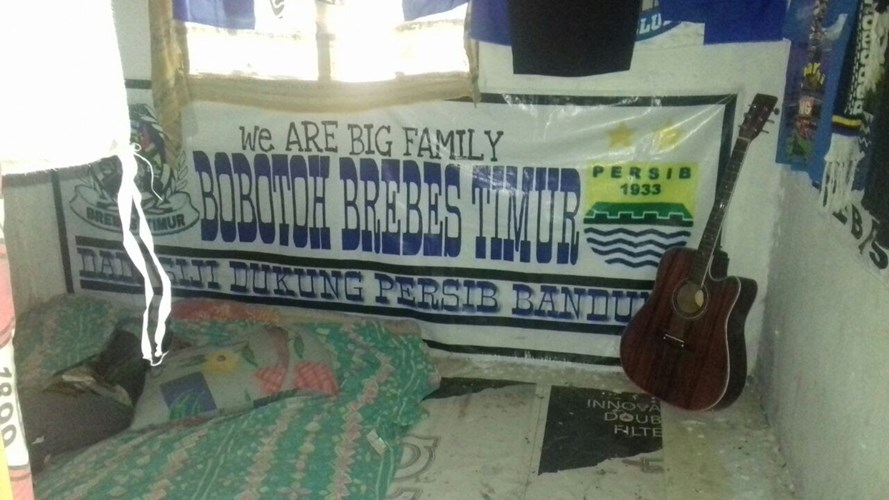 Handling of any money collected here will be overseen by a notary public who will make sure the landowner and the family sign all required documents and act in accordance with the law.

Why do I care?

Almost a year ago, my friends convinced me to go on a trip to Asia. This has changed a lot in my life. While in Indonesia, I met new friends, and, over time, got to know their lives. I decided I would help one of my friend’s family get out of poverty. Unfortunately, my own resources are limited and can’t cover all expenses. A lot has been done, but there are still many obstacles and problems ahead. One of them is the land which the family doesn’t own. Unfortunately, it’s outside my financial capabilities to buy them the land, therefore, I ask for help here.