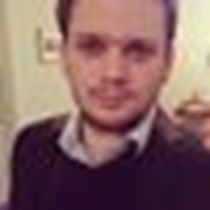 Weʼve raised £1,100 to give a domestic abuse survivor a fresh start to recover from her PTSD.

The following text contains an emotional account of a young woman I know personally. The facts within have been verified by court records and other documentation, of which I have a copy.

"Kate" (not her real name) is a 19 year old domestic abuse survivor struggling with PTSD and depression who, at a time when she needs more than ever to recover, is now suffering taunts and bullying for taking her abuser to court as well as workplace bullying at a job she cannot leave without paying 9100 Belarusian rubles to be released from her contract. Like I'm sure will be the same for many of you, I can empathise with one small aspect of it (for me it was working whilst suffering with depression) and I cannot begin to imagine the pain of the combined story. Please read to the end to catch the whole, complex, story.

Kate was born in Belarus in the Chernobyl nuclear fall-out zone. As a result of residual radiation in the area, she was one of a large number of children born in this area who suffered health implications. At the age of 10 she was rushed to hospital with severe headaches, nausea and a temperature which had been taking place for some time and, after an MRI scan, she was diagnosed with brain cancer. Kate was treated for this through surgery and made a quick recovery before her surgery site got infected and pressure began to build in her brain, she developed a fever again and was eventually treated for this which she thankfully survived. But for a series of fortunate events and interventions she would have died age 10 and she has had health implications ever since, including a period of time age 18 where her health deteriorated again and it appeared she might lose her sight.

As a child and a teenager, Kate had always dreamed of working with animals and she set about this career. Age 16 she looked to go to college to study for this but her family did not have the income to pay for her tuition – almost 10,000 Belarusian rubles were needed, equivalent to nearly £4000 GBP, the average annual income in her city. She was determined to follow this career and looked at ways to fund her education. She approached a communal farm who initially refused to accept her because of her medical history and the fear of risks to do with this. Eventually, after they saw her passion for the work that she wanted to do, they offered to pay her tuition fees in return for a three year contract of work upon graduation.

While at college, Kate met ‘Eugene’ and a whirlwind romance started. Within just a few months they had moved in together as Eugene seemed to be every girl’s dream – tall, handsome, charming, attentive. However, once they moved in together, her relationship became abusive. He banned her from speaking to her friends, from going out on her own. He eventually banned her from visiting college unescorted because his jealousy became too strong and when she questioned this he would beat her either on the head above the hairline or in the torso where the bruises would not be visible. Eugene had developed a drinking habit and had also started taking drugs meaning he became even more erratic and violent. In just a few short months Kate had gone from madly in love to fearing for her life at the hands of a man who would go out, get drunk, come home and beat her. Her college education and the career she had dreamed about and fought for were at risk and her life was a misery.

One night the abuse took a turn for the worse when Eugene violently dragged her from bed in a drunken and drug-induced state, making a string of paranoid accusations and began violently beating her, now in the head and face. He twice picked her up and threw her across the room, during which she sustained a number of head injuries and had to return to hospital, where she had to undergo a month of treatment.

Despite all of this, Kate found a way to persevere with her studies. She passed her exams and graduated from college, shortly afterwards she started working at the farm that paid for her education.

Kate escaped. She returned to his house when she knew he was out to collect her possessions and returned to her family. She completed college and started her dream job. She reported Eugene to the police and he has since been convicted for his crimes. However, in a culture where women are not expected to raise these issues, this has not been without repercussions. Immediately after the final attack, Kate sought refuge with Eugene’s mother, who simply laughed at her and tried to blame Kate rather than accept her son's actions. It is evident now that this initial response in her hour of need has had a serious psychological impact on Kate’s mental health. Immediately she phoned a friend and was unable to piece together a sentence because of the shock.

Around the same time as the trial and conviction, her employer at the farm began to approach Kate very differently. They would make accusations about her which were untrue, they would slander her, shout at her and belittle her in front of her colleagues. It is not known whether this is a consequence of the fact she took her abuser to court, there is no proof of this at all, however the turn in attitude from an employer that was previously welcoming, friendly and supportive was stark. She is bullied at work on a daily basis as well as being told she is not up to the job because of her illnesses. Regardless, they refuse to release her from her contract, almost as if they are trying to punish her, and regularly mock her for not having the money to leave.

Following escape from her abusive relationship, Kate sought treatment for her mental health and her physical health as well. It is not easy in Belarus to survive in the workplace with health problems. The employment protections enjoyed in the UK and many other countries do not exist in Belarus and Kate has been forced to continue at work. She has ongoing treatment for her injuries sustained from the beating as well as treatment for PTSD and depression. What Kate needs is a break, a chance to escape and get a fresh start somewhere else, or at the very least an opportunity to seek a partial recovery from her PTSD and depression without having to work six days a week in an environment which is made worse and more challenging by the spite and inexplicable vitriol which has been thrown at her since the trial. Not only does she have to work through three very serious health issues, but the place of work is also now a major contributor to her depression. Kate’s family will support her through recovery but the farm have insisted she repay the £3500 of tuition fees before they will release her from her contract. Sick leave or compassionate leave is not an option. Members of staff who now dislike her know she needs to leave but cannot afford to buy herself out of her contract and they use this to mock and belittle her. Once again Kate is trapped in a situation of abuse and cannot find respite.

For 9100 rubles (approx. £3500) Kate would be able to escape from her contract with an abusive employer and begin her recovery but she has no way to raise these funds. Until she can escape, her mental health condition will only deteriorate. The trauma of waking up, going to work in a tortuous environment and being abused by her co-workers leaves her in hysterical tears on a daily basis.