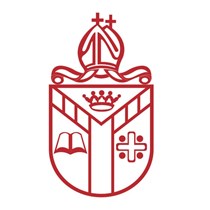 Weʼre raising £10,000 to support the ECSS's Covid-19 Task Force to increase awareness and prevention measures throughout the country and support the most vulnerable.

Covid-19 is present at community levels throughout South Sudan. Positive cases have been confirmed in the Internal Provinces of Western Equatoria, Northern Bahr el Ghazal, Upper Nile and Central Equatoria, the church has already lost members to the virus. Testing is limited throughout the country and therefore it is considered that many cases are left unconfirmed – the population are used to suffering from malaria and typhoid and the symptoms of both can be mistaken for coronavirus – thus not all possible cases are flagged to Ministry of Health. There is an increase in unplanned pregnancies as schools are closed due to the pandemic and gender based violence has also increased.

The Episcopal Church of South Sudan has a presence in all areas of the country and is therefore well placed to assist in the distribution of vital messaging, around awareness and prevention, and humanitarian support – in the way of actual foodstuffs or cash transfers to the most vulnerable households.

As well as the Covid-19 pandemic some areas of the country are affected by floods or locust swarms, both of which add to food insecurity.

Any funds raised via this platform will be used by The Episcopal Church of South Sudan to increase efforts in awareness and prevention measures via established radio, TV and social media channels, providing practical support – supplying WASH facilities, materials to make preventative facemasks, and helping the most vulnerable with support by way of foodstuffs or small cash transfers.

Our thanks and appreciation to all who contribute in any way at this difficult time throughout the world.