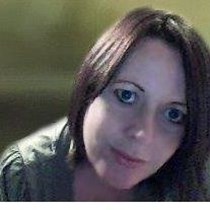 Weʼve raised £1,382 to To help fund unexpected vet fees after our cat was shot with an air gun. He was shot in the eye, mouth, front of neck and in the spine.

Our beloved cat, Callie (we were told he was a girl!) went missing on Tuesday 5 September.
After 5 nights away, my husband went outside and called him as we had done so many times over the previous few days and he heard a faint cry so he called again and heard clambering over a fence and there was Callie, stumbling along the path to my husband with his back, right leg dragging behind him.
Mark immediately knew something was wrong and gently picked him up and brought him into the house.
We were all so pleased to see him but dreadfully worried.
We gave him something to eat, I knew as we did, that we probably shouldn't as I later admitted to the vet, in the event he needed operating on. He must have been starving so he had his food and then we took him straight to the vets.
We thought that he must have been hit by a car, laid low and found his way home. The vet agreed with us.
She took him from us and advised he'd have to stay for a night or two and that she would firstly give him pain relief then xray him, with the exception of the pelvic area as he would need to be sedated for that and as had eaten, couldn't be until the following day.
We left him there, so upset but relieved that he was alive, had come back to us and was being cared for medically.
On our way home, I realised that I had a voicemail, it was the vet who said she knew it would sound shocking, she was sorry but having done one xray it revealed that Callie had been shot with an air gun. We were devastated.
Her message said that she would call to update me the following day as it was a Sunday and by the time we left, they were about to close
The following day, the vet called as promised, I was at work and in a complete state by the time the call had finished. I had been informed that Callie had been shot multiple times, eye, mouth, front of neck and spine and his sacral bone was broken. They said they don't know how he had survived and to have jumped up, then jumped down on the other side of the 6 foot fence was amazing! He must have heard Mark and after 5 days with no food, knew it was his last chance.

They spoke of amputating one or both back legs, removing his right eye and also the worst case scenario. How could we have him put down when he had fought so hard to stay alive?! We didn't want to anyway.

He is progressing well but is an outdoor cat who hates being cooped up in a crate for 6 weeks on the recommendation of the vet. He had a set back as was not using his bladder which if continued, could have led to kidney failure, the MRI was quoted at between £2-3,000, in order to ascertain this and to remove his eye, £8,000, that was as far as we got with regards to the quotes. We have spent thousands so far on meds, overnight at vets fees, 5 nights in total. It appears that his bladder issue was as a result of stress.

They have decided that it is safer to leave the pellets where they are although may remove the one that entered the mouth, exiting the back of the head at the base of it as it is near to the surface. They will make their decision after 10 weeks by which time they'll also be able to tell if the nerves have repaired themselves in his right leg which at the moment is basically paralysed so he can't walk on it as he could, at the moment.

We have to take him for weekly checks up to the 10 weeks, costing money each time and being prescribed more medication if needed, on some of these visits, more money and to remove the pellet will cost a lot.

Unfortunately and stupidly on our part, he wasn't insured. He is now as are our other two cats but that does not cover anything relating to this incident obviously.

Under new ruling anyone found guilty of animal abuse will receive up to 5 years in prison.

It has been a horrendous time but we are so proud of Callie, our 'survivor' and by how brave he has been and continues to be.

We love you Callie 😻

Any donation will help enormously. This was obviously so unexpected and is really costly. If I've learnt anything from this, it's to insure your animals.