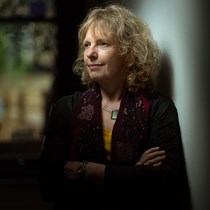 Keep Creating - I am raising money to support the next phase #whenachildisawitness to establish an ongoing legacy with further opportunities for creative work for those whose voices are not always heard.

The full film of the event is available here: When A Child Is A Witness

This multi-layered arts project bringing together different traditions combining the beauty of English choral singing with new material created by refugees, migrants and asylum seekers on the theme of seeking and finding refuge.

Here is a short taster:

Keep Creating funds will go to charities involved with #whenachildisawitness project: Carriers of Hope - Let’s Play, the European Youth Music Refugee Choir (EYMRC) and top UK choir Ex Cathedra . Each of these charities puts creative interaction at their heart. I am passionate about the need for creative interactions for those at risk of isolation, and these funds will further enable us to initiate and consolidate the amazing work being done with refugee groups in and around Coventry. 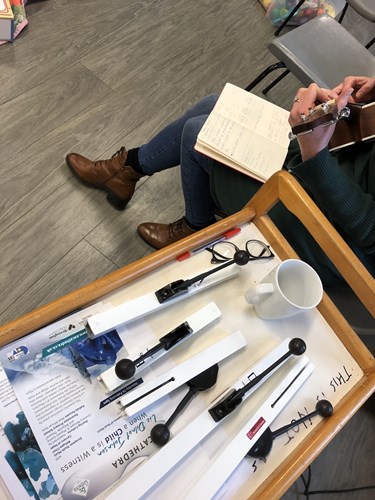 What we have done so far: Coventry Cathedral 26th February 2022 At dusk on a cold February afternoon over one hundred voices gather to share together in song, sound, words, music and images. By candlelight individual voices around the shadowy cathedral interweave with the haunting sound of a solo violin playing traditional music from the Arabian desert. Young mums and their toddlers from Carriers of Hope ‘Let’s Play’ sing their new song combining a name game that dances and claps with a tender lullaby – ‘I will carry you’. Young adults in the EYMRC share their thoughts about the cycles of life: Life/Love: learn, success, failure, support. A woman stands and recites her poem in her native Kurdish ‘Fly, Dove, Fly’. 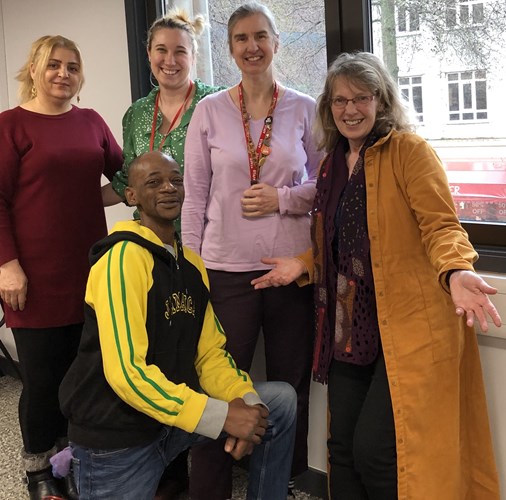 Photo: Far left poet Yathrem with Jen from the Coventry Refugee and Migrant Centre, and Kim in one of the Sharing Cultures workshops at the Belgrade Theatre, Theatre of Sanctuary, with Matthew and Liz (front row).

The children’s choir sing words from the Requiem Mass offering solace and hope with the glowing sound of hand chimes in music they have made up themselves to go with the melodies. A kora player sings of how the arrival of rain is seen as a blessing on the land in his original home of Senegal. The adult choir lift their voices in glorious harmony with music that demands, energises and soothes in turn.

What happens next? This fundraiser will ensure that the project continues in its different forms:

Let’s Play will be able to work with Ex Cathedra to create more songs to support learning English and bonding, both as a group and within families. 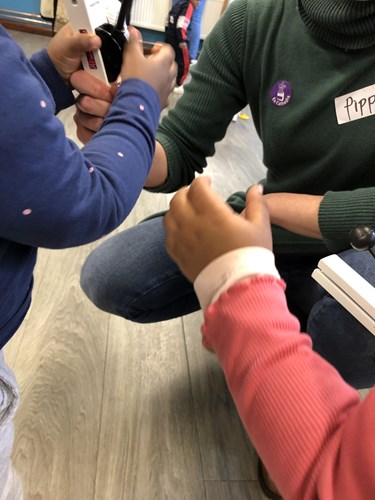 Photo: Pippa from Ex Cathedra playing chimes with toddlers at Carriers of Hope

EYMRC will continue their live sessions and build the membership and participation of young people with the choir in different events. 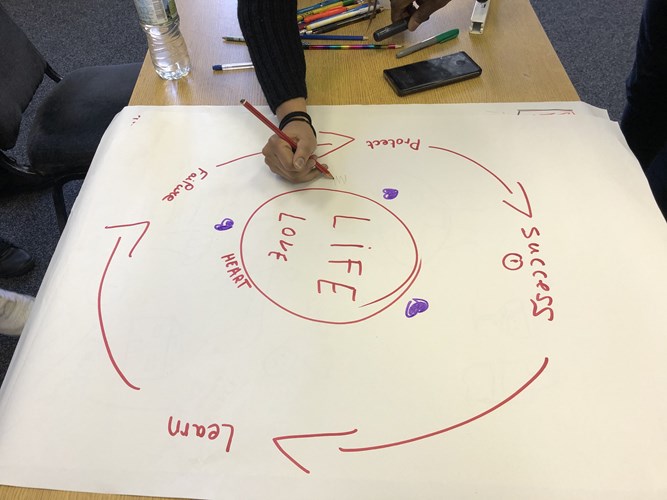 Ex Cathedra will release a film of the event and set up future school and community workshops and resources for running this project in different cities in the UK. #whenachildisawitness

More about the project ... 'When a Child is Witness' brings together different communities, different musicians, different generations – each group creating material, within the framework of my ‘powerful’ Requiem Mass, telling their own stories of hope and kindness, of resilience, and what it means to make a new home in a foreign land.

When people come together to share – to offer and to receive through singing, through music, through listening, and through performing – something magical can happen. When a Child is a Witness presents a tapestry of vocal and instrumental music invites different voices to reflect on the theme of seeking and finding refuge, taking the listener on a journey moving through different landscapes, from darkness into light.

How it all started - Colwall Requiem for Aleppo

In 2017 the choir of St James the Great, Colwall (my local village) commissioned me to compose a new requiem to be performed in the church during Lent. At that time, I was struck by the contrast between Colwall, a quiet, peaceful, rural village in Herefordshire where I live, and the images I was seeing on my TV screen of the destruction of the city of Aleppo during the Syrian war. I decided to create a work that aims to bring together musicians, singers and local refugees to help to raise awareness of the plight of those caught up in war or strife, both near and far.

I had been particularly moved by the testimony of two small girls from Aleppo, whose families were forced to flee the city in extreme danger. This project aims to support those who have been given no choice but to leave, and to reach out a hand of welcome, to allow these voices to be heard and for their stories to be told.

The choral music moves from darkness into light, giving a sense of hope for the future. Selected words from the traditional Requiem Mass are combined with words from the Psalms and new words written especially for the piece.

The music draws on different influences from around the world: the original medieval plainchant is heard the Agnus Dei; the Kyrie eleison includes more anguished and desperate music with the choir required to shout, demanding: ‘Lord, have mercy upon us!’ The viola opens the Requiem with traditional Arabic music; British folk music is the inspiration for the Sanctus, and gospel music inspired When a Child is a Witness. The organ’s harmonies in I will lift up mine eyes are taken from the Russian Kontakion for the Dead. The unusual but beautiful melody heard in the Lacrimosa and Lux Aeterna was created by taking the letters of ‘Colwall’, then ‘Aleppo’, and matching each letter to a musical note.

‘It was beautiful, and also moving. I can’t remember the last time I actually dripped tears during a concert. And then she brought us back to a place of hope by the end of the piece so we were emotionally safe to head back into the real world.’ Helping You Harmonise 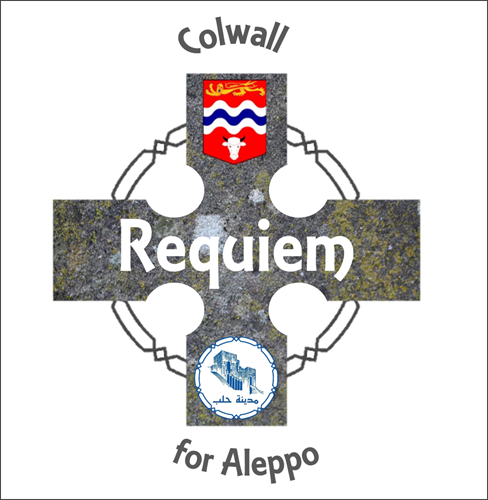 I am a composer and co-muser living in Herefordshire, and before that I lived in Birmingham where I lectured at Royal Birmingham Conservatoire and led music and creative projects in schools, hospitals and carehomes. I'm passionate about people creating and finding their voice.