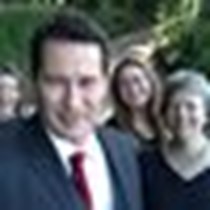 Weʼve raised £1,860 to the memory of Keith Andrew Smith MBE

Donations in memory of Keith Andrew Smith MBE will be passed on to The Whitgift Benevolent Society in his name.

Keith taught at Whitgift School since 1985. Over the course of 35 years, he held a number of posts including; head of fencing, housemaster, head of History and Politics and the head of the Combined Cadet Force, a role he excelled in and was rewarded with an MBE. Keith was a keen schoolboy fencer and it seemed natural for him to move into refereeing and administration of the sport in later years. He became an acclaimed member of the FIE and refereed Olympic finals as well as becoming a valued member on a number of their committees. From 2000 to 2012 he was President of British Fencing, an arduous and voluntary role, up until the London Olympics, when the position required full time commitment.

Keith lived his life assisting and mentoring others. He did so with unrelenting energy and without bring attention to himself and was a success in everything he put his mind to. Keith was dedicated above anything else, to the 5,000+ children who passed through his classroom and was a Trustee of The Whitgiftian Benevolent Society. Karina has decided that all funds given in his name will support the Society in a continuation of his commitment to Whitgift, his pupils and his teaching career. https://whitgiftianassociation.co.uk/giving/

Keith's funeral will be private but Whitgift School will be hosting a memorial service for Keith later in the year and his funeral will be live streamed on Tuesday 4th May at 1.30pm https://www.eastgrinsteadcatholicparish.com/

Hello, I'm Keith's brother in law and because Covid restrictions will limit the chance for the many people that might want to attend Keith's funeral, Karina has asked me to set up a Just Giving page for those that might want to make a donation to a Charity close to Keith's heart.