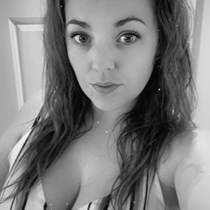 Weʼve raised £6,184 to help Kendall through Treatment for Rhabdomyosarcoma Cancer.

14/8/18- kendall has had her first lot of Radiotherapy at St Georges with anothee teo lots to go. Its the hardest time at the moment dor Kendall and Kirsty as she has to stay on the bed for 3 days so kirsty cant cuddle her while shes crying and as a mother, feels helpless.

5/8/18- Kendall has been in great ormand for a week and is now Coming home! She has had the surgery of removing the tumour and now has a stoma bag fitted and it all went well. After a tiring week of still being so brave she now has to wait until friday 10th to start radiotherapy! 💕

❗️UPDATE 27/07/18 - Kendall has now finished the first stage of Chemotherapy treatment at addenbeookes after some tiring and emotional few months! Tomorrow she is making her way to Great Ormand Street to begin the next stages. Over the duration of 2 weeks she has got to have Surgery and a Stoma Bag fitted then 3 long days of Radiotherapy! Kendall is such a little fighter and has done so well during Chemotherapy!! Even with the knock backs of different transfusions, replacing hickman lines, being on antibiotic drips and generally feeling unwell she has managed to keep that gorgeous smile on her face and has shown us all how much of a brave girl she really is!! I can’t explain how proud I am of Kirsty and Ryan as they continue to battle their way through the herdals as a family without showing the emotions that are felt at this difficult time. Big brother Leighlan has also been amazing through it all! PLEASE can everyone share this page (again if you have before) and carry on helping raise as much as possible so the family can begin to see the light at the end of the tunnel with a huge amount to celebrate as a family the end of what they have all been through! Thank you all so much. 💕xx ❗️27/07/18

At the age of only 15 Months Kendall was noticed to have a lump appear. With a visit to the Doctors then a referral to Hospital, Kendall has had to go through a number of tests including MRI scans, CT scans, Bone Marrow and a Biopsy. After many trips to and from Addenbrookes within the last few weeks the family was given the news that Kendall has Rhabdomyosarcoma Cancer. Rhabdomyosarcoma Cancer is a type of soft tissue tumour and less than 60 Children are diagnosed in the UK each year. It is also mainly found in Children aged 0-10 years being more common in boys than girls. Along with the good news that the tumour has not spread to any of her organs or within the bones, Unfortunately the type of tumour Kendall has, is the more aggressive growth. This means Kendall now has to fight through a minimum of 9 Months treatment consisting of Chemotherapy to shrink the tumour before Surgery, Surgery to remove all or as much as possible then Radiotherapy to try and destroy the remaining cancer cells. The first stage of Chemotherapy for Kendall will begin on Friday 23rd March.

The reason for this Just Giving Page is to try and raise as much money as possible to help not only Kendall with anything she needs but also Kirsty, Ryan and Big brother Leighlan to get through this very difficult time. Due to Kirsty and Ryan both working for themselves... it may become difficult to try and earn as much money now they are going to regular hospital appointments for Kendall’s Treatment. If it’s help towards bills, food (especially being expensive at the hospital), a fun family day out or even a mini weekend away once Kendall’s treatment is finished any amount raised would be extremely appreciated.

Trying to do as much as I can for a beautiful little girl and her family...