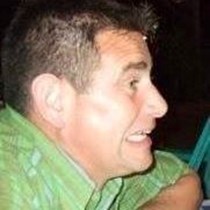 Burghead Sub-Aqua Club are taking up the "3 Lakes Challenge". This is basically a spin on the three peaks challenge. The idea is to dive the UK's three highest lakes in under 24 hours. All dive kit must be carried by each individual to the lakes, which in total is a 36 km hike over mountain terrain.

At the end of July we will be attempting the Three Lakes Challenge, pioneered by Monty Halls and Andy Torbet, diving the three highest altitude lakes in Scotland, England and Wales and we are setting ourselves a target of knocking off at least two hours of Andy and Monty’s time of twenty three hours and ten minutes !

When we say “we” this means our team of Kenny Munro (50), Matt Buckley (48), and Rob Pozzi (45), definitely not the youngest team to have attempted this challenge but we’re confident they will be the fastest!

The lakes are located at heights between 650m and 996m (2133 ft and 3268ft). Diving the three lakes involves walking around 40 km (25 miles) over steep rough ground carrying our own diving kit (18kg) with no external assistance and driving around 700km (435 miles) between the lakes.

We are attempting to complete this challenge over a weekend starting in Scotland and travelling next to the Lake District and finally to Snowdonia in Wales. At present we are training hard and preparing to cope with the extremely arduous terrain and weather conditions that we will be encountering.

What is the 3 Lake Challenge?

In a similar principle to the 3 Peaks Challenge, the 3 Lakes Challenge is to dive the three highest altitude lakes on the British mainland in the fastest time possible (and you are deemed to have failed if it’s not done in 24 hours!)

There’s a Youtube video on http://www.youtube.com/watch?v=EgYeoOeA07Q for more info.

The Little Loch in the Corrie, sits on the North West slope of Breariach, Britain’s 3rd highest mountain, the dappled hill. It lies approximately 13km from the nearest road and there is no access path to the loch.

Red Tarn sits on the Western side of the mountain Helvellyn. It lies approximately 3.5km from the nearest road and can be reached by a small path.

Ffynnon Lloer, the source of the Monn, is a llyn in the Carneddau mountain range in Snowdonia. It lies below the peaks of Pen yr Ole Wen and. Afon Lloer, its outflow, flows into Llyn Ogwen. The remains of two wartime aircraft, which crashed in 1942 and 1943, lie on the slopes round the lake. It lies 1.5km from the road and can be reached by a path.

We will of course be raising cash for charity and we would be grateful if people would consider sponsoring us, please visit our just giving page www. Just giving , any proceeds will be split equally between a donation to the RNLI and a contribution towards replacing our dive boat which would hopefully ensure that we never require to utilise the services of the RNLI.