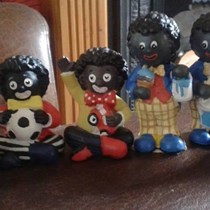 On Friday 23rd February , Just 2 weeks after Ben Mason turned 21 years old, he was rescued from his home, along with his truly amazing and life saving Dog Buster.

Ben Mason (21) Jake Petre (24) Jonathan Brown (22) and Maisie Gough (18) have all managed to escape without any physical injuries as a fire ripped through the flat that they have shared for over 2 years.

It is believed that the fire started in Jonathan Browns bedroom, as he awoke with massive flames engulfing his room, Jonathan managed to shout for help to Maisie and they both tirelessly attempted to get Ben and Buster from the upper floor. However due to the thick black toxic fumes,on the first floor, they couldn't get to the upper level to help Ben and Buster. Ben was trapped in the upper level and wasn't aware of what was going on until Buster the dog started to bark and jump on Ben, Ben woke and opened the door, saying that he soon realised he was trapped, as he could see anything and the smoke was bellowing into his room.

Jake was at work, and was unaware of the events as they unfolded in his home.

Ben took to the window shouting for help and telling people we was stuck, Humberside fire and rescue services where able to use ladders and breathing equipment to rescue Ben 3 floors up, However Ben, refused to leave the flat until he knew that, his faithful friend Buster was safe first.( You will see from the video footage that Buster comes out first)

Jake, Maisie and Ben have managed to salvage a very minimal amount of personal property, unfortunately Jonathan has lost everything apart from a few personal photographs.

All 4 of these young adults now face the emotional struggles of getting over the horrific events that have happened and are all homeless and separated from each other. Ben is separated from his beloved Dog.

We are hoping to help them by trying to raise money to support them to get another home for them all. At present Jake and Maisie are staying with Jake's parents, Ben is living 7 miles away with his sister and Jonathan is was a friends parents.

Ben is Jake's Uncle and they are best friends, Maisie is Jake's girlfriend and Jonathan is a friend of them all. Without disclosing to much of there personal details, they have all had difficulties whilst growing up and without each other would struggle to live independantly, they need each other.

We are not asking for you to donate lots, but could you spare just £1,

Hey Folks, The victims of the fire are My brother Ben (21) my nephew Jake (24) his girlfriend Maisie (18) and their friend Jonny (22) These young adults have lost absolutely everything,, please, if you can just spare £1 to help them get rehoused together it will be appreciated