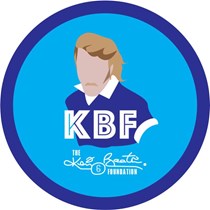 I am, with a friend of The Beat’s, embarking on a gruelling 300-mile walk to raise money for the Kevin Beattie Foundation.
We will be taking on the eye-watering challenge once the Covid 19 Lockdown is over, walking from Carlisle - the birthplace of Blues legend Beattie - to Portman Road, in Ipswich.
Beattie, widely regarded as Town's best-ever player, died in September 19 and a statue of the former defender is due to be unveiled once the new Season starts.
The journey we're undertaking is approximately 311 miles, which is daunting as we need to do over a marathon a day - walking for days non-stop.
Some of the roads we have to go on have no paths or even grass verges, so there will be risks involved, despite the scenic views.
We will be joined by some well-known faces for sections of their walk. Beattie’s first-ever room-mate, Kenny Sharpe, has vowed to join in, as has Town's former goalscoring midfielder Tommy Miller.
We have had specially-designed wristbands made and one of our main supporters is Sky TV's Gillette Soccer Saturday host Jeff Stelling.
Jeff has even invited us to join him on the last leg of his own charity walk, from West Ham to Charlton, Millwall and Arsenal before finishing at the new Tottenham Hotspur stadium.
We have a website - www.sorefeet.live so please have a look and follow us along the route.