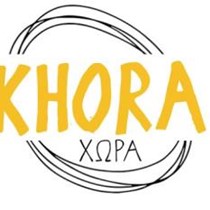 Despite media attempting to convince us all that the refugee crisis in Europe is over, here on the ground in Athens this is far from the case.

So far this year, more than 13,000 people have arrived to Greece by sea (UNHCR). However in March alone, according to Al Jazeera, the number crossing on the land route was five times higher than March 2017. There are estimates that the land arrivals this year outnumber those by sea. Those who get to Greece via the land route find almost no reception facilities, and most of them head to Athens.

Many hundreds of people arrive from all over the world into Athens, which still lacks basic facilities. They are not being offered the support that is due to them in respect of their human rights to dignity, safe housing and nutrition.

Khora has been working in Exarchia, whose local activists are doing their best to house the many homeless refugees with nowhere else to go. While Khora was open we offered at least 500 hot meals a day, sometimes rising to 800 and more. During Ramadan this increased.

Since we have closed we have been contacted by several groups in recent weeks who are in desperate need of fresh food and basic cooking ingredients. We want to be able to help, but without a kitchen the best we can do is give them the raw materials they need.

Our aim is to raise enough money to feed at least 150 people per day for the time Khora will be closed (around 2-3 months) . We want to provide other basic food items such as oil, rice, bread, tea and sugar. This would include petrol, so our volunteers can drive to the market, buy and then deliver what is needed.

A little money goes a long way. Please support us to support our diverse and beautiful community.