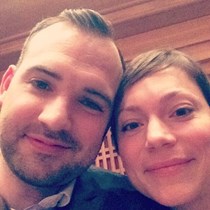 Weʼve raised £10,952 to Raise Funds for Macmillan, Cancer Research and Help for Heroes

A few years ago, my sister sat me down on a family holiday and at the very young age of 31, announced to me she had breast cancer.

This awful news should have been heart breaking and the worst thing she ever would have to tell us as a family…. But…

With the amazing support of family, friends, her medical team and cancer organisations such Macmillan coupled with the unbelievable courage that no one should have to show, my sister bossed cancer.

Now I'll tell you why it wasn't the worst thing she would ever tell me. This amazing woman, whilst sat around at Christmas this year (yes you're right timing is not her strong point) had to announce that the cancer she fought amazingly had in fact returned.

I had decided I wished to do something to help the first time she told us she had cancer. So I assumed the role of annoying little brother, basically sending wig ideas to her, cracking jokes with dark humour and having to confirm that she could not in fact have the last brownie even if she did play the “C card”. Basically anything to keep her spirits up.

Not that I needed to, because amazingly, she has been the rock to everyone throughout her ordeal.

When I was told the news at Christmas, this time I decided it wasn't going to be just support from me, she will always have that. This time I actually want to make a difference. So, I have gathered a group of madmen together and we are going to be attempting to break a record – and a world one at that!

We will be playing 36 hours of indoor 6 a side football to raise money for three very worthwhile causes, Macmillan, Cancer Research and Help for Heroes (another cause close to my heart).

This is going to be tough for us, but nothing in comparison to what my sister and others like her have to go through every single day! So we are shamelessly begging you to please, dig deep, pester everyone you know and then pester them again and again until we have all helped just a little bit more!

Thank you so much!