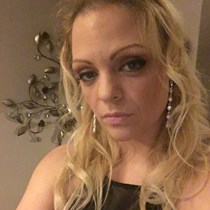 5 runs in total rounding of with the Three Peaks Challenge.

4 runs in 4 consecutive months and a 5th run in April '19. (One 10k followed by four half marathons.)Then ending in May '19 with the Three Peaks Challenge in 3 days. It will take a lot of dedication on my part so to keep me going through the tough parts of the training and the runs I would love for you guys to donate what you can. It will give me motivation to get through the early morning training runs and give me a good reason to back away from the cake and wine! (If you know me then you know how much I love a glass or two of wine!)

- Three Peaks Challenge in Three Days (24th May 2019) Starting in Sccotland on 24th May to climb Ben Nevis, then moving onto the Lake District to climb Scafell Pike on 25th May and lastly moving onto Snowdonia to climb Snowdon on 26th May.

Magic of Milly is a charity that was set up in memory of a beautiful little girl, Milly Jane Hill. She was diagnosed with a rare congenital condition at 12 weeks old. Milly spent the early part of her life at Birmingham Children's Hospital. At 15 months old Milly was strong enough to go home with the support of her Mom and Dad and a team of overnight carers. Milly had 8 months at home before she was admitted to hospital again for heart surgery. Sadly Milly suffered numerous post-operative complications and died the night before her second birthday. This was a very sad occasion as Milly was a vivacious, happy little girl, but this mountain was just too high for her to climb.

As a parent I can't begin to imagine how anyone could possibly cope with losing a child. It would be the worst thing in the world. I want to raise as much money as I can in Milly's memory to help support the Paediatric Intensive Care Unit Of Birmingham Children's Hospital. Please give anything you can to help me reach my target of £700 For beautiful Milly and all the other families who need your support.

I'm just a busy, working mom of two with a huge passion for running. I love a challenge and I love the idea of using my passion to help others.