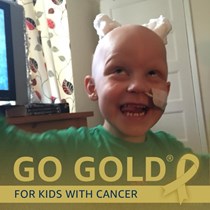 Weʼve raised £125 to raise money for EACH children’s hospice. which the money will go towards The Nook!

My son caleb was diagnosed with a rare and aggressive form of cancer called Rhabdomoyosarcoma in aug 2015 where the odds were set against him but he was determined to write his own path and in may 2016 after intense chemotherapy and radiothearpy we were told there was no sign of the cancer and they were hopeful! Sadly in july 2016 he became sick again this time with differnet signs and within 24 hours we were told that the same cancer was back but this time in his brain, this had caused 3 brain tumours and 2 cysts. Then we heard the words Im so Sorry but hes now terminal theres nothing we can do, he has roughly 2 weeks left, he was barely spending time awake if he was he had seizures, all this had caused him to be unable to talk or have much use of his right side which we were also told he will be lucky to speak again or walk properly. But after 3 long and scary days he was back giving us lip and full use of right side so again he was writing his own path!

Within this time we were told by his oncologist in Addenbrookes that the research team have a trial, it was new but worth a shot to give caleb more time and be bit more comfortable. Now he can feel a little more himself and achieve what he needed to in the time he had left, sadly 3 and half months later caleb suffered a serious severe headache and after more scans we were told the treatment hand stopped working and his cancer was spreading fast. So 2 weeks before christmas i was told to prepare ourselfs and bring christmas forward! But we knew caleb and we knew he would push and he did he made it another 6 weeks, before sadly passing away at home with family close by On the 23/01/2017.

our son was and is an extremely inspirational boy, and made sure he lived his life how he wanted not how his body, doctors and other specialist said it should turn out! He fought hard and spread happiness everywhere he went, he loved everyone he met and everyone loved him and he will always be remembered and cherished, and by those who know him he will be remebered as the dinosaur boy and his obsession and knowledge for his beloved dinosaurs.

so on his anniversary myself, calebs grandad Ian and a friend Stephanie will be taking a leap literally and doing a skydive on the 23/01/2018, to raise funds for the EACH (East Anglias Childrens Hospice) to help them achieve there goal so that they can complete a new building they have called The Nook.

The Nook appeal is to transform the childrens pallitive care in norfolk and deliver better hospice care services. It will replace the hospice in Quidenham, it will be bigger and better in so many ways with open plan care area, more clinical and medical and nursing equipment, craft areas, hydrotherapy pool, better sensory room, quiet haven for families, and so on. The list is endless you can find out more on www.each.org.uk

The EACH hospice in Quidenham is very close to our hearts and the staff there have become part of our family, we have recieved help and support from them during calebs illness and still do and we just want to do everything we can to give back and help them achieve there goal.