Weʼve raised £3,560 to create an exhibition to commemorate the Kitchener camp rescue in 1939

The Kitchener Camp Project collects Photographs, Letters, Documents, and Family narratives with the aim of rebuilding a largely forgotten history for which most records were destroyed -

To commemorate 80 years since the rescue of our fathers and grandfathers, the Kitchener Project is creating a travelling exhibition that draws on these family and archival materials.

The exhibition will open in 2019 at the Jewish Museum in London.

We have no formal funding stream: we are simply families and friends of the men whose lives were saved by extraordinary acts of generosity - by those who, on the brink of world war, organised the rescue, raised the funds, and gave their time to save these many thousands of strangers.

After the exhibition opening, the project and the exhibition itself will be donated into the care of the Wiener Library for the Study of the Holocaust and Genocide. 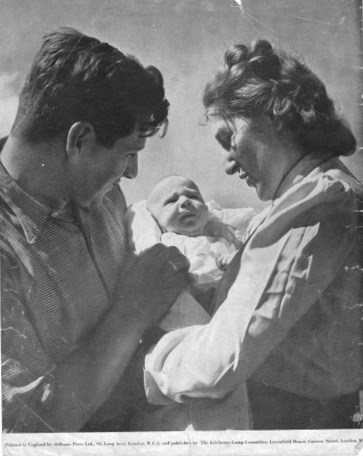 Any funds raised in excess of those needed to create the exhibition will also be donated to the Wiener Library - to help pay for future Kitchener project costs and towards sending the exhibition to institutions involved in Holocaust education.

2) The first Kitchener baby - born in safety in Britain, two weeks after his mother arrived in Britain.

I am designer & editor of the Kitchener Camp Project, which is the collaborative achievement of many of families & archives across the world. As is the case for most of us, I owe my life today to the Kitchener camp rescue - of my father - from a German concentration camp.