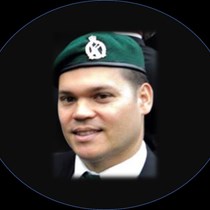 Weʼve raised £2,050 to assist the victims of the devastating Knysna fires and to assist UK-based South African military veterans in need (dual purpose)

I will be taking part in a grueling 200km march in military kit (50km a day for four days, with the option of 40km plus a 10kg weight) in European summer heat 18-21 July 2017. To read about this march, see: http://nijmegenmarchhowto.weebly.com/military.html

This is for two causes I feel strongly about, the first being the victims of the recent unprecedented fire in the east coast of South Africa (although Plet was also affected, it has become known as the "Knysna fires") wreaking havoc and devastation killing 9 people and destroying houses, leaving thousands homeless in suburbs and informal settlements alike. The second cause is for UK-based former South African service men (represented by the South African Legion of Military veterans UK) who at some point put their life on the line for their country, some of whom may have now fallen upon hard times. Out of sheer pride, the plight of these men (& women) who in their day gave so much, is often unknown and "below the radar" of the general consciousness. The SA Legion leads this charge, with the motto "NOT FOR OURSELVES, BUT OTHERS".

If the hardship endured can be "softened"... then mission accomplished!

The funds raised would be split equally 50/50 towards the Knysna fires relief effort (recipient being: Eden District Municipality, which covers the regions known as the Garden Route and the Little Karoo, in which Knysna falls) and the UK-based South African military veterans in need (recipient: SA Legion of military veterans. See: www.salegion.org.uk).

Note: If you don't state your preference, your donation will be split equally 50/50 between these two causes. If however, you wish your donation to be directed to only one of these two, then please indicate this.