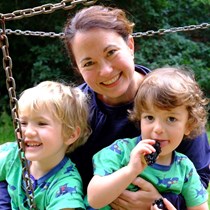 Weʼve raised £500 to donate to the American Civil Liberties Union to ensure that the rights and freedoms of all Americans are guaranteed.

This past two weeks have been truly upsetting, as an American and as a human being. I won't reiterate why. If you're reading this, you know why and probably have the same fears.

Today, I reached a turning point. I read an article in the Washington Post titled, "Rights groups see 'unprecedented' support in wake of election" which gives me hope and a way forward.

The article states that "an unprecedented flood of donations is pouring into many progressive and civil rights groups..." The Anti-Defamation League, The Southern Poverty Law Center, Voto Latino, the Council on American-Islamic Relations, NAACP and the ACLU (American Civil Liberties Union) are preparing to fight the attack on equality and civil liberties that a Trump presidency portends.

So on that note, I would like to offer my photography services in exchange for a donation made to the ACLU. I am offering a family, baby, or kids' photography session in London and returning the best, edited final photographs as high-res downloads which you are free to use and share as you like in exchange for a £100 donation made to the ACLU in the name of ktb photography. Normally for this session, I would charge £200 and return 5 photographs, so this is not only a great deal but an opportunity to make a difference in this concerning age. I will take as many bookings as I can handle through the end of February 2017.

I have been photographing both mixed and segregated Islamic weddings for over 10 years, in additional to Christian, Jewish and interfaith ceremonies, and I believe we are better when we treat all religions and races fairly and respectfully. You can see my work at www.ktbweddingphotography.com

You don't have to be American, to want to fight back against racism, xenophobia and Islamaphobia in America.

As the ACLU is in the US and accepts dollars, I will exchange and transfer the full amount to the ACLU directly.

I am a professional photographer, mother, American, adopted Brit and citizen of the world who believes in compassion, kindness and respect for all people.