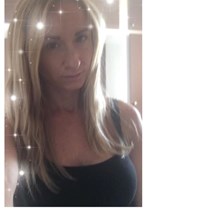 We are a very happy and loving family, but have been left devestated, as our son has been left brain damaged after the MMR vaccine, at the GP surgery. Alfie has now been diagnosed with Autism. when Alfie was 14 months old, we noticed he wasnt communicating as he should be, he would not make any eye contact and would spend hours on end screaming, banging and hitting his head and running around in his own world, oblivious to his surroundings.

After alot of thought, consideration and research,when alfie was 3, we decided to take him to the USA for MRT treatment, at the Brain Treatment Center, California. we funded this trip by remorgaging our house, which we will be paying off until retirement, but this is our son,. and you do whatever you have to do to help your child. we stayed in America for 3 months of MRT treatment, which was a hugely rewarding experience: it made incredible life changing differences to Alfie and his Autism.

As the time passed during the treatment, we began to see Alfie change in a wonderful way. for the first time, he now recognised his own name when he was called. for a parent of an autistic child, that was a huge milestone. over the next few weeks and months, the were more changes: Alfie would show an interest and start to play alongside other children, instead of running away covering his ears in fear. He now notiched things others might take for granted, like aeroplanes, and birds flying in the sky. He would look, watch and follow with his eyes, which was amazing for Alfie, who had previously lived in a world of looking away and not noticing anything.

Since Alfie underwent his treatment at the brain treatment center, he makes constant eye contact with us, which has only helped strengthen our bond with our lovely boy. The most significant change to Alfie has been his understanding: before his treatment, Alfie had no understanding whatsoever of how we were communicating with him, but now, he hears us and finally understands when we talk to him, what we are saying.

Alfie is now at the point where he is understanding verbal communication,but cannot communicate back with us, at all.He gets extremely frustrated as he cant communicate his needs, which presents itself with daily self harm: Alfie will start hitting himself or bang his head on the wall or floor in sheer frustration.

During Alfies MRT treatment his brain was closely monitored with fortnightly EEG brain scans, to see how effective the treatment is on the patient. Alfies EEG showed that his brain had improved in many ways: emotional understanding, social awareness and memory improvement. unfortunatly though, the neurons responsible for firing and processing information had not improved. The EEG scan told us the part of his brain responsible for speech process, was just not responding as well as they had hoped.

My reason for writing to you is that we are desperate to help our son as best we can. we have exhausted other treatments, which have never made a difference to Alfies daily life. The only thing that has helped is when we spent time at the Brain Treatment Center. Our next step would be to take Alfie to the Emcell Clinic in Ukraine, for Fetal Stem Cell Treatment. The cells which are treated, results in better blood and oxygen flow to the brain called improved perfusion, replacing damaged neurons and better formation in neurological arteries.

The have been many improvements reported in cases of stem cell treatment for Autism at Emcell, especially in speech, which Alfie has currently has no ability in. for us to acheive this, im trying to raise £13,000 to cover the costs of treatment, flights and accomadation for that 3 day process.

If you are able to donate in any way, you would be helping to change our lives for the better.

If you would like more information about Alfie, the treatment, or anything, please contact me on any of the contact points below. I would be more than happy to answer your questions.

Thank you for taking the time to read Alfies Story