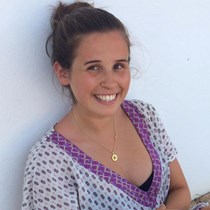 A couple of weeks ago, I went to watch the play "The Jungle" in Embankment. This play is an immersive experience through which many real stories of migrants in the Calais Jungle are intertwined and related. Both professional actors and refugees played alongside to deliver a performance that had a profound effect on my emotions and triggered me to make a move.

The refugee crisis is still real- not just because we're having to deal with displaced people (numbers), but because they are having to live in terrible conditions that are not to be tolerated (people). Since the Jungle has been destroyed end of 2016 (a couple hundred children disappeared during this process), refugees are still gathering on the French coast in an attempt to get to the UK. Volunteers, from charities such as Help the Refugees, work there to provide food, accommodation and support.

I've decided to join in this effort, but as a broke 18 years old student, I now need your help to fund transport and accommodation for 7 days.

I highly recommend that you go see "The Jungle" if in London in the coming months: https://www.goodchance.org.uk/the-jungle-playhouse-theatre ; The Good Chance Theatre was run in Calais until the destruction of the Jungle and provided a space where refugees could gather to dance, act and create. There projects perpetuate even after the camp's eviction.

The charity I will be working with is Help the Refugees https://helprefugees.org/. You can also donate directly to them, and if you have a bit of spare time on your hands, extra pairs of hands are always needed in Calais (it's as easy as a phone call!).