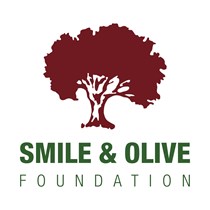 Weʼve raised £29,365 to Winter relief for refugees in Lebanon

Storm Norma has hit Lebanon with heavy rains, snowfall and freezing temperatures. It has damaged several Syrian refugee camps in the country especially in the Bekaa valley and North. Thousands are in need of emergency assistance and many refugees had to spend the night standing up. Some families were stuck in the tents under the snow.

The Smile and Olive Foundation UK has launched a crowdfunding campaigne to raise money and support its sister organization in Lebanon: Basmeh & Zeitooneh for Relief and Development.

After the storm our field team in the #bekaa valley, accompanied with an engineer, was assessing what can be done to mitigate the damage of flood before the upcoming storm next week. We are in the process of digging trenches around some camps to drain the water, and raising the level of tents a bit.

Later on, when the weather is stable, we will work on rehabilitating the tents and providing what the storm has destroyed.