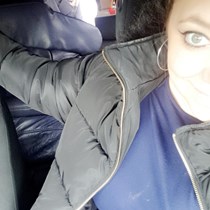 East Renfrewshire
Animals and pets
Funded on Wednesday, 29th May 2019

This is to raise money for Leo and his veterinary costs after he was set on fire by cruel thugs in the village of Neilston.

Leo, suffered cigarette burns to his ears and had his tail set alight in Neilston.

Since his terrible ordeal he has had to undergo surgery to have his tail amputated because it was so badly damaged from the attack, which is thought to have took place in the Glen Avenue area of the town.

Leo’s owner, said that the surgeon, from Rouken Glen Vets, states “The surgeon said it was the worst case he'd ever seen- the infection was so bad and his tail was so badly damaged that he had to remove two of his spinal vertebrae.

“He had a partial ear amputation because a hole was burned straight through his ear. Leo's surgeon made clear that there's no guarantee that he will recover and he’s still hour to hour in his recovery.

“He's had more morphine and intravenous antibiotics. He is far from being anywhere near out of the life-threatening stage.

“Leo will be taking it easy. He's so lucky to be alive and have even a chance of recovery.

“I was told that the surgery could have left him paralysed and completely incontinent for the rest of his life, so I was expecting the worst, but he's come through well so far, so I just have to hope it continues and he can get better.

“It has been utterly horrific and very traumatic time for everyone who has been involved in Leo's care. I've been through every emotion imaginable. It's extremely hard not to get caught up in anger towards Leo's abuser- I just want them to come forward so that they don't do this again.”

Please help us raise as much as we can to aid poor Leo's recovery.

Message from Leo's owner. Due to the amount of media attention Leo's been getting, to raise awareness for animal cruelty, I'd like to be able to help donate towards an animal cruelty charity who help fund emergency operations as well as Leos bills.