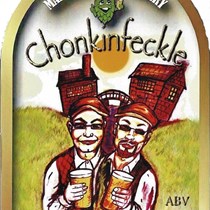 Weʼve raised £975 to 'LESFEST' for anyone who would like to contribute to the fund, & who can't make the fundraising day. SUPPORTING LES HILTON AND HIS FAMILY.

This is a fund to help Chonkinfeckle's Les and his family through his recent run of bad health. Les has suffered two small strokes in the past month, which has stopped him from playing music, driving and most importantly, stopped him from earning any wages as a self employed music teacher.

We are hosting a testimonial fund raising concert for Les, 'Lesfest' and quite a few folk have asked can they contribute straight into a fund as they are unable to attend the event. This is the result of those requests.

Any donation will be gratefully received by Les and his family. He is not one to make a fuss, the initial though of any help like this troubled him, but he has realised we're only here to lend a hand.