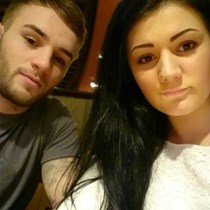 Flame underwent colic surgery 3 months ago after having spasmic colic for a week and not coming out of it, Rainbow decided he need to have surgery as a diagnostic tool. However, when they opened him up they found some quite serious colic, he had a blockage the size of a rugby ball and a folded colon. None of which were showing up on colic scans. They fixed him up and he came around well.

A week after surgery whilst in recovery, flame got an infection where the surgery had been, this took several weeks for flame to recover from.

Flame returned home at the beginning of April and was doing well on box rest, then went onto restricted paddock rest.

Finally in June, Amy got the go ahead to give Flame field rest in a larger paddock.

Unfortunately, within a few days he had a swelling under his stomach which was getting larger, after scans from the vets it was discovered his muscle wall between his abdominal contents and his skin had not healed fully and was at a very high risk of herniation. Fluid has been leaking into this swollen area from his abdomen.

Unfortunately Amy's insurance only paid £4000 towards the £13000 vet bills and Amy has no money left to pay for this procedure.
Please donate if you can, this will help to save Flames life, he is only 7 years old and has huge potential for Showing and Dressage if we can give him the chance he could fulfil this and be a great stallion.

****UPDATE
Everyone who has donated has been a big help, Flame went into the vets for a few nights for further tests and is now back home waiting for his hernia belt to arrive from America. We are having to wait until his infection has cleared before any further action can be taken. I have been advised that it could take up to 12 months to see if he can have surgery so it is a long waiting game. He will be monitored weekly by Moorhouse vets and Rainbow equine hospital during this time. Thank you to everyone who has already donated/ going to donate, it really means a lot to me ❤️