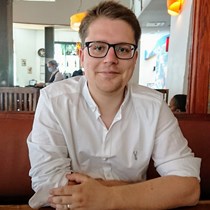 From an early age, doctors diagnosed Lexi with Krabbe Disease, a rare incurable neurological condition that affects the nervous system. The rate of progression depends on what form of the disease the individual has; however, as Krabbe advances it encompasses all aspects of bodily function and is a fatal disorder.

There are currently thought to be just eight children in the U.K with the incurable disease - and the average life expectancy is only two years old, although some children have lived up to eight. Sadly, there is no cure.

After speaking with Lexi's mum, I learned more about her wonderful two year old and found that she loves sensory rooms and animals.

To raise money for Lexi to fulfil her bucket list, I will be running 5K (3 miles) on Morecambe Promenade this Saturday, 29th August!

If you can spare a £1 or so it would mean so much.