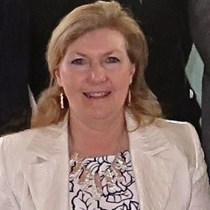 Lincolnshire Rises Up to Tackle the EU

Unbelievably it costs £5000 to stand for the EU election – but it’s £5000 for a single independent candidate and it’s also £5000 for a national political party with seventy-three candidates.

"Since the country voted to leave, the incompetent and self-serving politicians in our national parties have made an appalling mess of BREXIT ignoring the wishes of the people." said Peter Lundgren of Branston, a currently serving District Councillor and the elected Deputy Leader of the Group.

Nobody -remainer or leaver – voted for this mess. So why bother if it’s only a few months until we leave.

For years Lincolnshire and the East Midlands have been lucky if we get the crumbs off the European Union table as the big parties carve up the funds for the south and the industrialised areas.

So now that we are leaving the European Union let’s elect some local politicians who will for the last few months put Lincolnshire and the East Midlands first. Who knows, maybe we will get something for our region – we certainly couldn’t do any worse than the national parties have over the past 40 years!

"The National Parties have fallen into disarray. We need a new kind of politics, where Leadership is through conviction, a determination to find the best solutions for our residents. The kind of politics where we use intelligence, charm, drive and conviction to bring parties to a common aim. The current government relies on party political whips and is in deadlock. We have to have a fresh start and only Independents, speaking clearly for residents, can do that, locally and nationally." Marianne Overton MBE Leader of the Lincolnshire Independents.

Nick Byatt, Chairman of the Lincolnshire Independents added, "As Independents, we are best placed to seek out opportunities and to support where we can agree, helping reunite communities that have been split by Brexit. A secondary aim to press at every opportunity the need for the EU to reform into a leaner organisation, allowing stronger national parliaments and so less EU bureaucracy."

But we need funds to put up candidates. £5000 for a deposit and another £5,000 for leaflets and promotion. Can you help?

Lincolnshire Independents is a registered party made up of independent councillors who think and vote independently but work together for mutual support.

Manifesto pledge – We’re leaving so let’s get something for Lincolnshire and the East Midlands before we go!