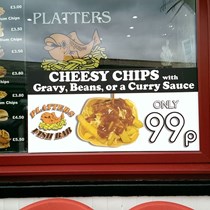 Weʼve raised £830 to help make one of Fin’s dreams come true– a trip to New York! To see his favourite show, Gotham.

Lindsey and myself are riding from Brighton Palace Pier to Sea Lane Cafe, to raise money for Finlay. We've known Fin all his 18 years and he's simply an awesome guy. Not only is he the mightiest drum pad user and general anhilator on the gaming scene but he is also passionate about Gotham! This is a Netflix series that has propelled Fin forward. Being a chap who will head for his dreams relentlessly he has managed to meet members of the cast and was particularly happy to meet the talented and beautiful Camren Bicondova. They liked him so much they invited him to New York City to meet everyone else and have a generally astounding time. We want to help make this possible for Fin but the trip will cost somewhere in the region of £3000. This will fly out a carer as well.

It's hard to explain just how incredible this young man is. Upon entering this life he was immediately rushed to hospital in London with critical heart problems.Fin was born with a condition called ‘Di-George’ syndrome which means he suffers with a whole lot of physical and learning disabilities. Since that time much has been discovered about Fin and how his body and mind works and he and his Mum and family are no strangers to hospital wards in London. That said he is the last person who wants to talk about it. He's like any other teenager...full of hardcore attitude, insane curiosity and verve. This lad despite having to have surgery and be medicated and go through more in his 18 years then many of us will ever go through, does so like a hero from Gotham...of course the reality behind closed doors in the safety of his home is probably a different story. Pain and discomfort can be a day to day occurence for Finlay but his strenth, resilience and determination to lead a full life seem to power him through. We feel like a bike ride is the least we can do... we love this lad and noone deserves the adventure of a life time more, so please support us by donating xxxx