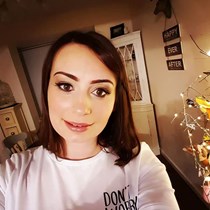 Millie was an amazing little miracle, which lit up the room with her beautiful smile. She was born with a condition hydrocephalus; she was never meant to survive but defeated the odds from the doctors and progressed in ways that were unimaginable. She struggled to get to grips with the walking as her head was heavier than it should be but with her resilient determination she got there. Millie has had numerous MRI scans throughout her life and they show her brain had not separated properly which doctors suggested would affect her development . However, they said she was doing well and they said they didn’t think it would really affect her. Within the last year she started having little absences and in June she had a major fit which lasted 50 minutes, in which they had to sedate her to stop the fit. They hospital didn’t know if she would wake up or be brain damaged but being the little miracle she was she woke up totally unchanged from the event. Millie was then diagnosed with Epilepsy and put on medication to help prevent the fits. Unfortunately, she developed what we thought was a bug and things progressed for the worse. Millie’s life support machine will be getting switched off today but she filled us all with amazing memories that we will treasure forever. We want to take some of the burden off her parents, we want to give Millie the best send off that this little princess deserves. You will be forever in the hearts of everyone . Sweet dreams princess 👸🏼💜xxx