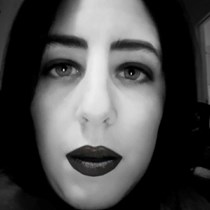 Little Margate Equestrian Prince Phillip Cup team are a team of five girls aged 14 and 15 from Bodmin and the surrounding area who have defied the odds and qualified to take part in the Prince Phillip Cup National Championships in Cheshire this summer.

What is so special about this achievement?? The five girls are members of a team that have only been competing together for 8 months and each of the ponies used within the team work as riding school ponies at Little Margate Equestrian Centre, owned by team trainer Rachel Philpott. During the week these ponies are safely teaching novice riders the basics before transforming overnight into games ponies and managing to hold their own against some of the best specialist games ponies and riders in the South West and Wales.

Recently at the Southern Zone Finals the team competed against 12 others where tickets for The Horse of The Year Show and the National Championship were up for grabs.

After becoming clear winners of the hotly contested Tack and Turn out competition (An outstanding 18 points clear of the team in 2nd) it was time to race! A nail biting few hours passed and the girls managed to achieve what had been - up to that moment - a dream. They had qualified for the National Championships coming an incredible 8th out of 13 teams. For a riding school team this is a feat that is almost unheard of.

Due to the fact that the team are from a riding school centre the elation of winning a place at the national championship was soon overshadowed by the worry of how the trip to the event would be funded...and this is where the girls are now asking for your help and support so that their dreams may become a reality.

On Behalf of Abbie, Beth, Jess, Lilly and Yasmin.. THANK YOU!