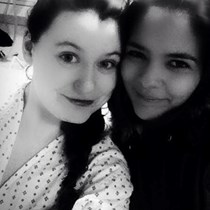 My name is Rhianna, I'm 21 years old and I live in the West Midlands. My life has taken a turn over the past few years and I have found myself struggling, not only with who I was and what I wanted my life to look like, but physically struggling with the health issues that befell me.

I've always struggled with my health, I had Swine Flu when I was 12, and my health slowly declined from then on as I was diagnosed subsequently with severe clinical Depression, and then the very painful condition Fibromyalgia - the doctor believed that it had been triggered when I was 9 years old by the death of my father, my best friend, my partner in crime. It hit me hard, I knew that, but I hadn't yet realised just how hard. A huge struggle I found with this was that there is so little known in the world of medicine about Fibromyalgia or FMS. I'd always been artistic, and throughout my entire childhood had hoped to go into Musical Theatre or Performing Arts in some way, and at 18 years old, I went to college to study Performing Arts, however this is where my story takes another turn. 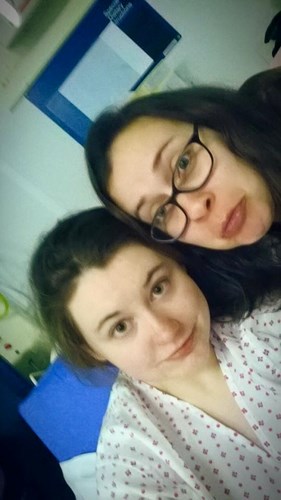 In January 2016 I was rushed to hospital with suspected Appendicitis, I was incredibly sick, and I only got sicker, I wasn't allowed any fluids, and the anti-sickness medications made me even sicker. I had an operation where they looked around inside my stomach to see if they could find the problem, and they also removed my Appendix, hoping that this would solve the problem. However I ended up getting an infection from the procedure called Stump Appendicitis, which made me even sicker than I was before the operation. I was in hospital for a long while when all this was happening, and spent a lot of time drawing.

I went back to college for a little while after this, but then in May 2016 I had the Meningitis Vaccine, from which I contracted a case of Meningitis as my immune system was so low that it couldn't cope. I was pumped full of antibiotics and sent home. I was very sick, and just didn't get better for a long time. I ended up in hospital once again, undergoing so many tests and procedures. Finally they thought they had figured out my problem and they told me I had Pernicious Anaemia, along with Iron Anaemia and a Vitamin D and Calcium Deficiency, as my body just couldn't absorb vitamins and minerals properly.

For a little while, the treatments helped, however it didn't take long for my body to start giving up on me once again. At this point I had begun university, I was studying Criminology and Sociology as I really didn't know what else I could do, I couldn't do Musical Theatre, and I never thought it'd be possible to succeed in an Art career. I was referred at first to a Neurologist, with whom I had several brain and spinal scans, and finally to the right person - a Rheumatologist. She worked with me a lot, asked me many questions and ran lots of tests. I am now, finally, being treated for Lupus (SLE), and more recently, treated for Rheumatoid Arthritis as well. I have blood tests often, and had some really quite horrible tests on my eyes. My medications, although help, are extensive and cause some really quite horrific side effects. I'm still sick a lot, on account my my immune system attempting to attack the healthy parts of my body, and I'm still in pain an awful lot. But I thank the heavens that we think we know what is going on at long last.

Unfortunately, as my physical health declined so quickly, as did my mental health. I became incredibly sick and I struggled insurmountably at university, to the point where I had to withdraw in June 2018. Being there put so much physical and mental stress on me that I knew it would be dangerous for me to continue there. However, I am hopeful.

I have looked back on my artwork and realised that Art is what I truly love, and I intend to take an art course with the Open College of the Arts as I get my Art Career up and running. 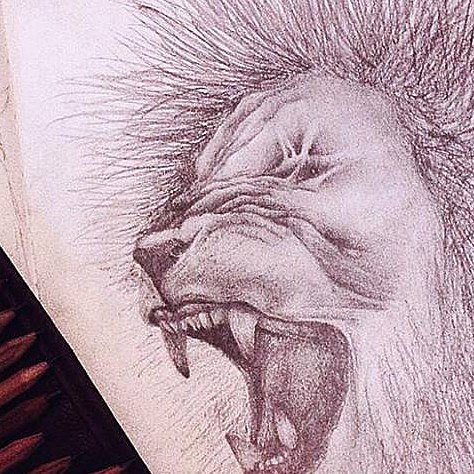 Your support in helping me reach my dream and cope with the trials that I am attempting to over come, means more to me than I could ever possibly imagine. Your support will aid me in getting the materials I need in order to maintain my course, as well as all other things related to this that I am unable to do on my own, due to the medical issues I am dealing with (only some of which are listed here). I am grateful that anyone would even consider helping with my story and being a part of this journey.

I am excited for the future, with your help I can be hopeful too.

I'm 21 years old and suffer from several severe health conditions, I hope to be able to live a good, long and full life of hope and excitement